A Police Man and a Robber

What is nature for you? Is it beautiful? Is it unpredictable? For many, it’s rehabilitation.

On Tuesday, June 21st, the two protagonists from the documentary film “The Policeman and a Robber” visited Norrøna’s headquarters just outside of Oslo to share the backstory behind a unique project they’ve collaborated on for the past 9 years. While they shared their story, many sitting in the audience fought to hold back tears. By no means were they tears of sadness. In fact, it was just the opposite.

In 2014, policeman Håkon Gisholt met former drug addict Tommy Johansen in jail. Tommy was serving time and Håkon worked at the prison as a guard.

At that time, Håkon was beginning to progressively lose his sight and go blind. As a young policeman just starting off in his twenties, Håkon had recently received a life changing diagnosis. Optometrists confirmed that he had retinitis pigmentosa – an eye disorder that causes progressive vision loss. In Håkon’s case, he was informed that he would eventually be completely blind.

For a man who played sports and enjoyed time out in nature his entire life, Håkon was forced to take a step back to reflect how he was going to manage this devastating diagnosis. How was he going to continue to work? How many more times would he be able to watch his children play handball?

Tommy may have been serving time for theft, though his role in this very real story is more centered around his addiction. When the two unlikely friends first met, Tommy was seeking treatment for his out of control drug use. He was homeless and frustrated over how the Norwegian social system was treating his case.

“They wanted to sweep my feelings under the rug,” says Tommy. “They didn’t want to evaluate what they had been doing wrong.”

Tommy was an active child who had shown a special talent in swimming. When he was 15, he was offered a spot to train with an elite team in Luxembourg. Instead, he chose to move to Copenhagen and study to become a chef. After a short stint in Denmark, the young chef moved to Oslo. It wasn’t long before Tommy fell in with the wrong crowd, lost his job, and became a full blown addict living on the streets.

At a time when both men were at a loss on how to move forward, they met and found a way to help out hundreds along the way.

Since 2014, the two have actively promoted their unique collaborative project, “Win Win”, which encourages both the visually impaired and substance abusers into a more physically active life. The program is centered around giving addicts who are currently in rehabilitation the chance to accompany the blind and visually impaired out into nature.

“It’s all about the shared feeling of accomplishment,” says Håkon.

This organization has resulted in a wildly positive outcome for all those involved – further cementing the brilliance behind their Win Win name. Along with hundreds of other participants, the two have experienced some of the most exhilarating nature Norway has to offer including: the top of Galdhøpiggen, the Heavy Water expedition route to Vemork, rafted, rappelled, ran the Birkebeiner race, as well as a number of other exciting activities.

Tommy and Håkon are celebrating Win Win’s ten year anniversary next year, and they have no plans of slowing down.

“Next year is already fully booked,” says Håkon. “We plan on celebrating our 20th and 30th anniversary as well”.

Norrøna has been proudly supporting Win Win for the past five years under their 1% for Nature fund. If you’re interested in learning more about Tommy and Håkons organization, look here.

How to have a nature friendly campsite 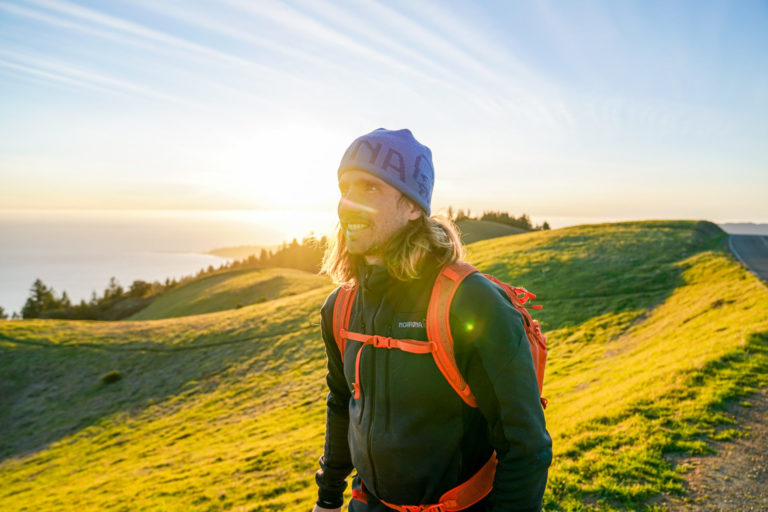