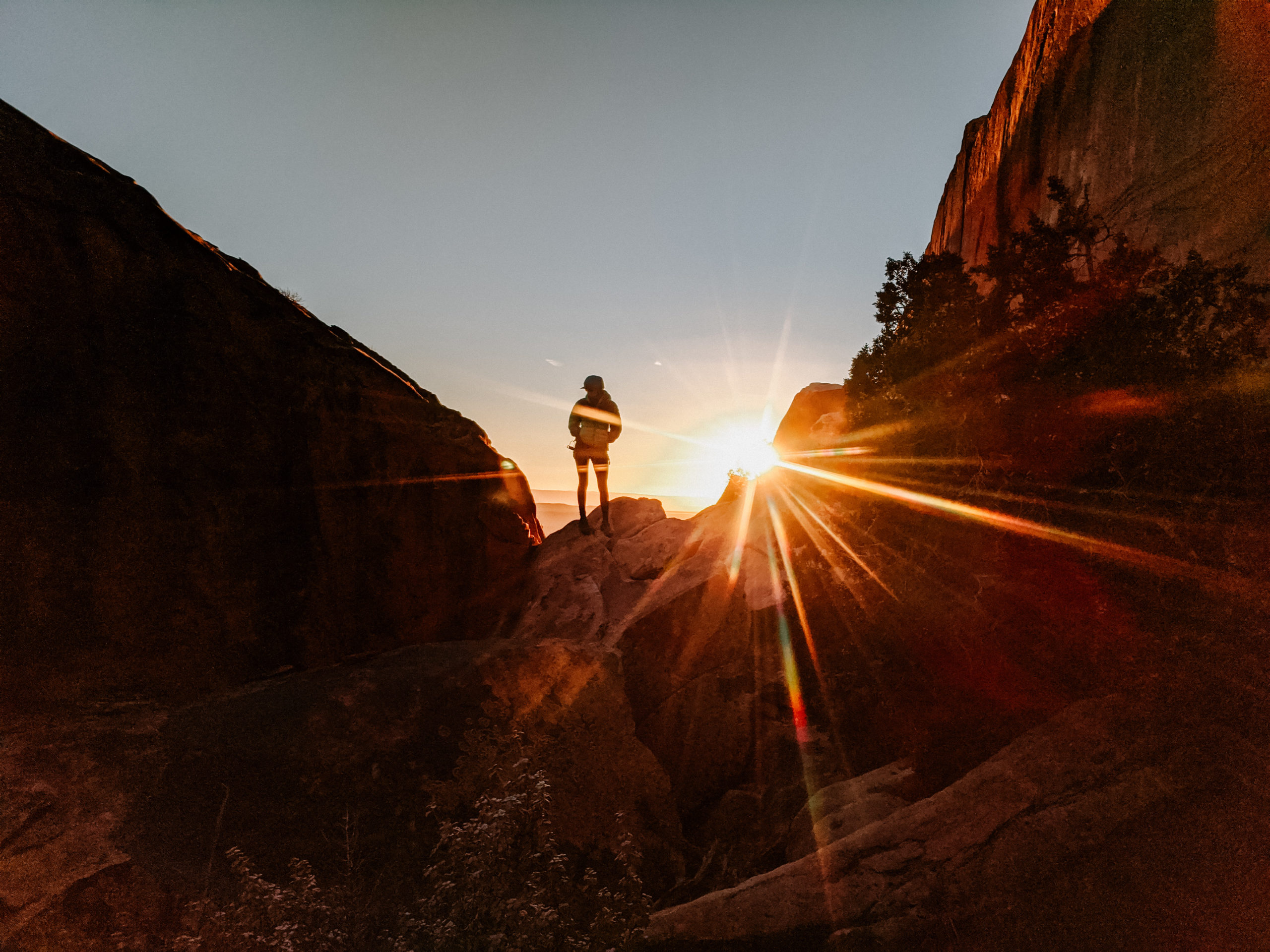 An Epic Day on a Bike

Three of the simplest tools of travel include running, biking, and skiing. Out of the three, biking provides for the ultimate tool, toy, and transportation. Perhaps even a tool to an epic ski, run, or climb.

Words and photos by: Dustin and Natalie Randall

Dustin and Natalie Randall are the owners of Roam Industry, a Guide Service and Outfitter in Monticello – Southeast Utah. Southeast Utah provides for the ultimate playground to bike, climb, and (surprisingly) ski. With their guiding service they specialize in all three, particularly with Bikepacking as the mode of travel.

Dustin grew up exploring the region chasing cattle with his dad and then wildland fires as an adult. His time as a wildland firefighter for the US Forest Service expanded his knowledge of the region through time spent in the air and traversing the landscape. Between seasons he split time with guide training and achieving personal pursuits. Highlights include: biking in Turkey, climbing in Iceland, and ski touring in Spain.

Natalie grew up outside Washington D.C. and exchanged concrete for mountains when choosing where to pursue University studies. Her career path led her to work with local government. Her time spent outdoors was mostly for personal pursuits including biking in Wales, climbing throughout the southwest and Iceland, and ski touring in Utah.

Dustin and Natalie created Roam Industry as an outlet to share their passion for the region, and human powered activities. They continue to find ways to expand multi-sport human powered adventure; such as bike n’ ski, bike n’ packraft, and bike n’ climb. 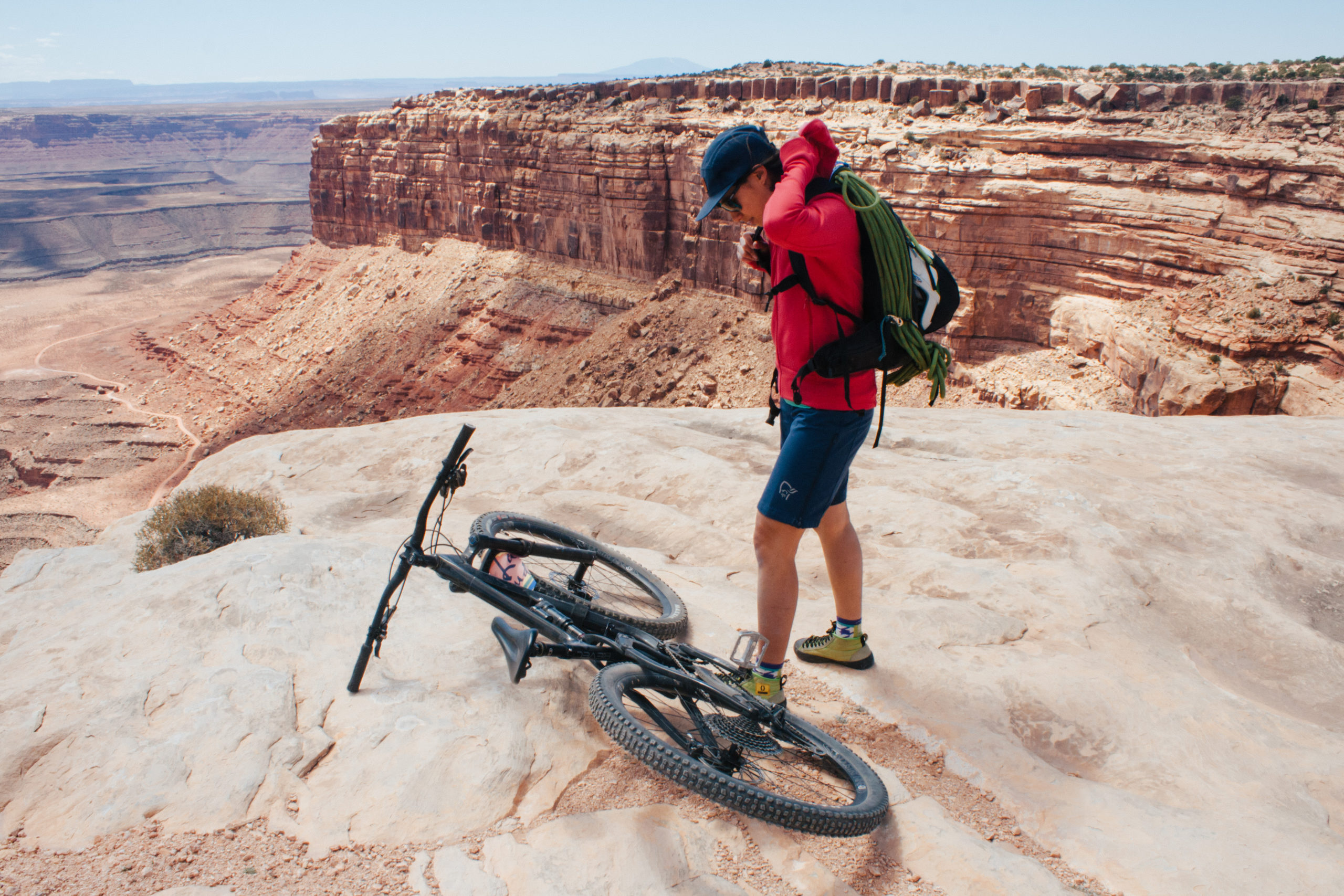 Epics are lasting and stand-out moments in time. There are the epic’s like Dustin’s Epic March, aptly named – seven days traversing Southeast Utah by bike, skis, and packraft; or, Natalie’s 250-mile Bikepack across southern Utah. These stand the test of time, and will hold bragging rights for years to come.

However, even the hardest of type-II fun seekers and suffer fest lovers find epics in simple weekends of campfire smoke, tasty burritos, and good drinks in good company. With a disappointing winter, we decided to skip the snow hounding, and head down the road to the desert with some friends. Our mission – escape the noise of daily life, and search for the solitude the desert is notorious for offering. 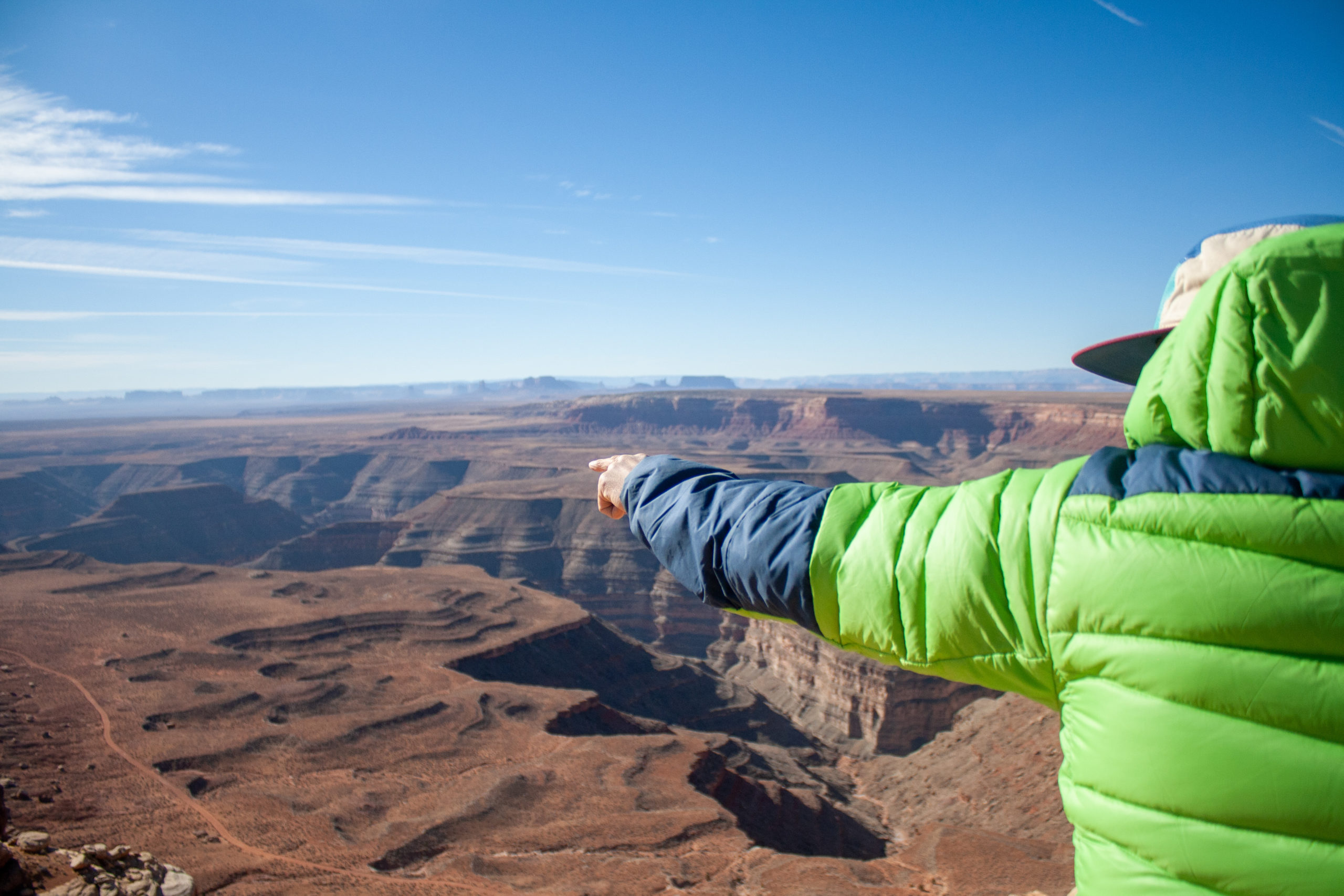 A bike ride begins with a single pedal stroke and can transport you hundreds of miles—or a few miles down a bedrock two-track road to a climbing crag. Bikes are one of the most basic forms of transit and the ultimate tool for any adventure regardless of experience or ability.

Human powered adventures have always been a draw to us in the fact that they keep things simple. Minimal mechanical issues, noises that blend into the surroundings, and growth. Often with our trips we’re immersed into situations that depict our rawest of emotions – pushing our mental and physical ability requires adaptation while in a vulnerable state of mind.

This desert escape, on the mellow side of our spectrum, still provided for simplicity in our surroundings allowing for the ultimate reset. 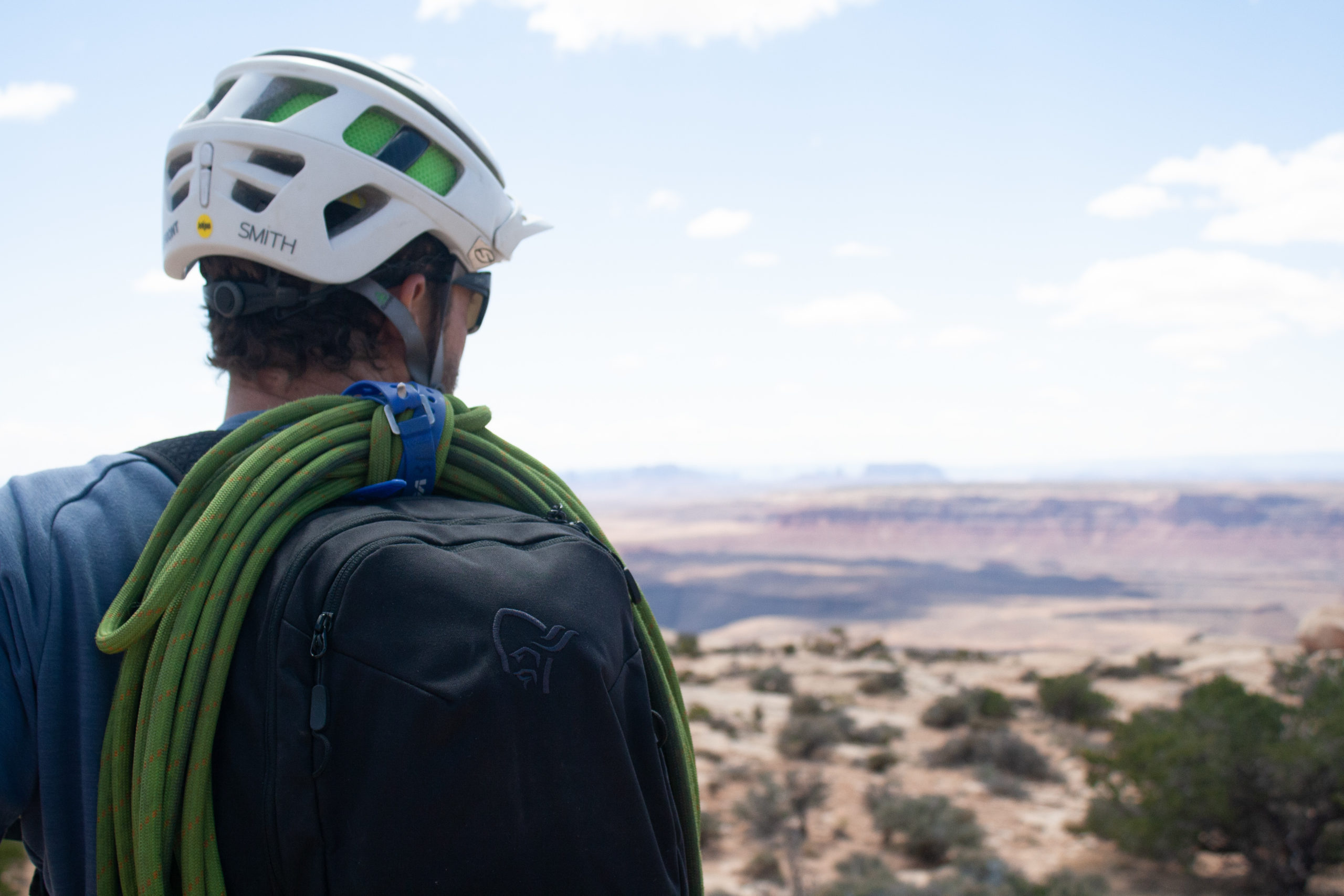 In a day of Zoom calls and constant notification ding’s we knew we needed a weekend for a reset. With our adventure van “Great White” as our basecamp we spent the day cruising dirt roads along canyon rims in search of mellow climbs. 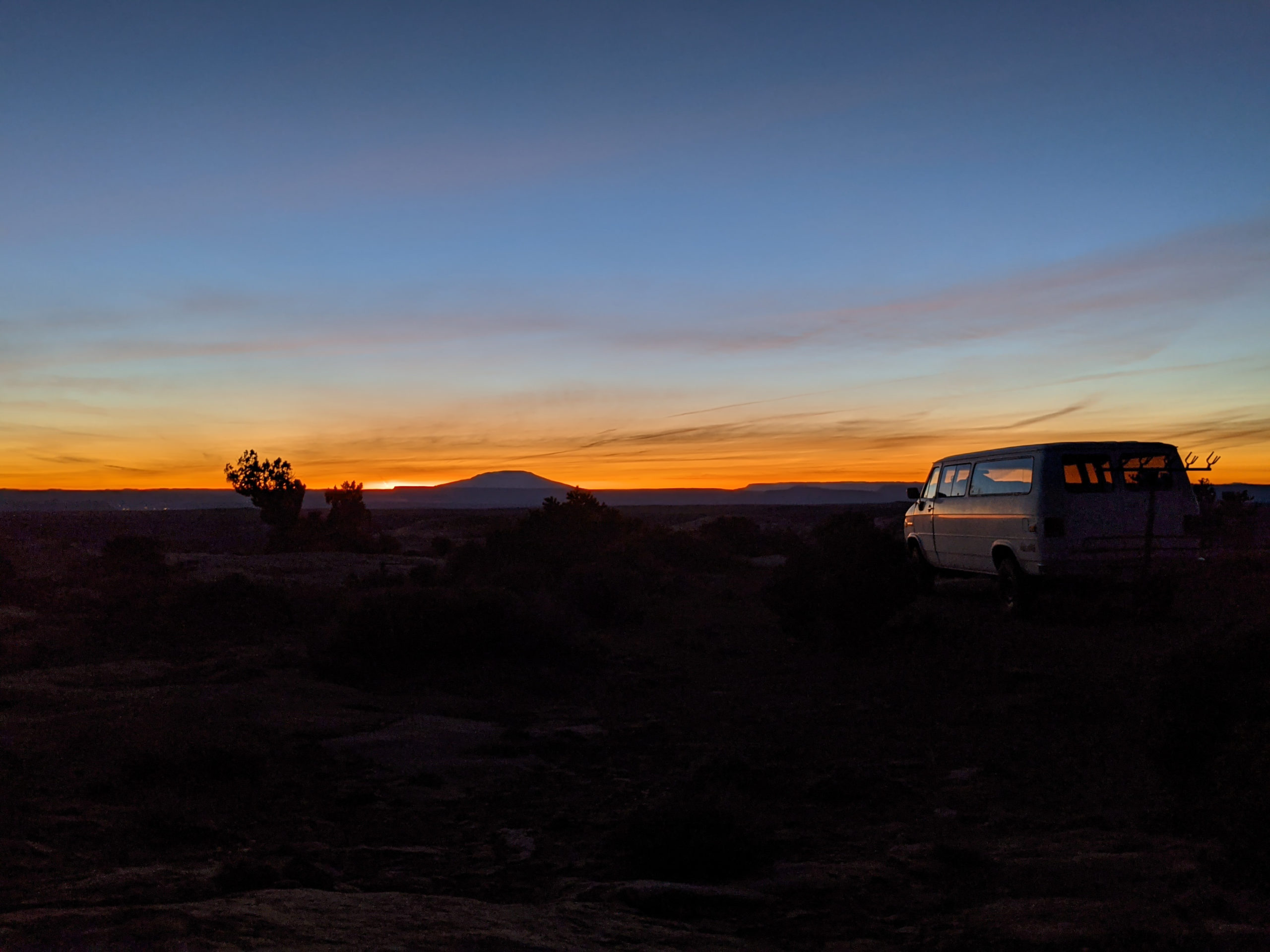 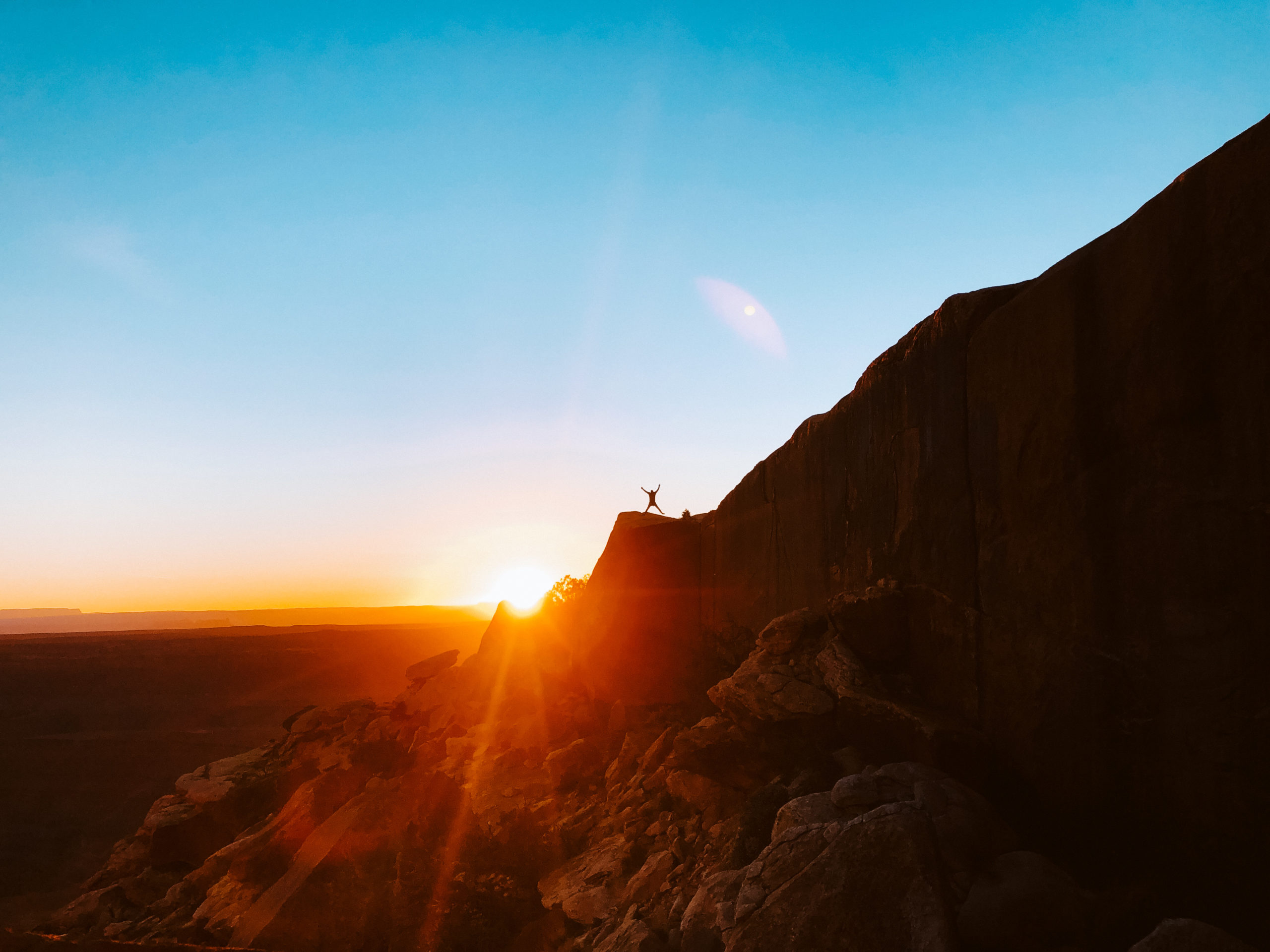 The day ended with a rose-colored sunset, basil and lentil burritos, soft licorice bites, and staying toasty by the campfire. With a dwindling fire we crawled into our sleeping bags and with the satisfaction from our weekend explore and play we surrendered to a satisfied slumber.

Navigate the route on Fatmap HERE.

Mountain bikes, midnight sun and white beaches – a road trip to the North of Norway