Close up with Nikolai Schirmer 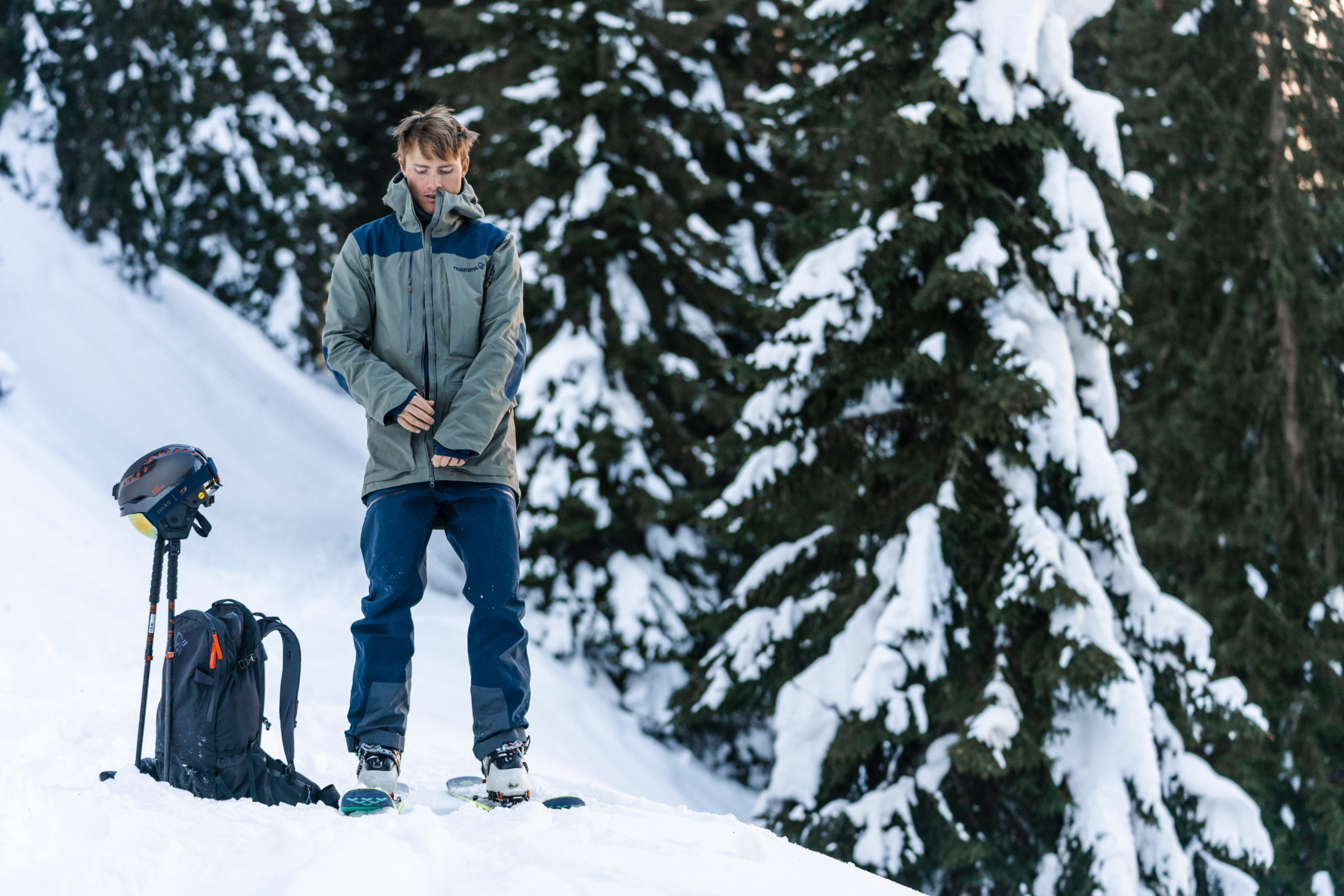 “My biggest dream is that we all find a way to live happily together, and to do butters like a snowboarder.”

– Generally I’d say I’m pretty relaxed and think that the end goal in life is maximum fun, or human well being as some people like to call it. I’ve met some people who think that performance (be it in art, business, sports or humanitarianism) is the end goal, but I feel like these people mistake the means for the end. So I try to contribute to the end goal of maximum fun through activism for those that are, or will be, in situations that are no fun, providing entertainment for people, and have as much fun as possible along the way. But then I do have a tendency to take on too much fun stuff and that will stress me out, which is no fun. So I’d say I’m an idealist struggling with the practicalities of following my own belief system.

Congratulations on winning European Skier of The Year 2019! What do you think made the skiing community give you their vote?

– Thanks! Winning that award was pretty mind blowing. I definitely did not see it coming, being up against X-Games and Olympic gold medalists and the movie stars of the big productions. I think this is sort of a continuation of what has enabled my career in the first place; the democratization of the ski world that happened when everyone got their own channels in social media. Instead of a judging panel or production company executives deciding who gets attention, which has been the case since the birth of skiing, all of a sudden it’s up to the public to decide who they want to devote their attention to. And on the flip side: up the individual skiers to create the display of skiing, be it physical or digital, that grabs the public’s attention and inspires their hearts (and/or entertains them on their couch).

I think professional freeskiing has more in common with theatre acting than regular sports. Above a certain threshold of athletic performance, the success of a skier is more dependent on the context of his or her skiing rather than the skiing itself. The form of the 720 [a double rotation] is not as important as how it was documented, in what setting it was done and how it was broadcast to the public. Anyone can recognize the case that even the best actor acting to an empty theatre is worthless to the public, and the same is the case for the professional skier. The skiing might have immense value for him or her personally, but to the rest of the world it has minimal value unless they get to appreciate it either in person or through media.

As such, it’s upon any skier with professional aspirations to set the stage for their skiing to be appreciated by the rest of the world, and that is what I’ve been working on the past decade. I’d be the first to admit that there are better skiers than myself out there, but I do feel like the this award recognizes the work I put in to convey my skiing to the public, by bringing them along on the adventures I have the privilege of experiencing in the mountain.

Why are you drawn to the mountains?

-Well, they’re quite fun! Challenging yourself in any domain and succeeding is a huge part of what makes life good, and the mountains provide a playground where the challenges are endless and you won’t ever run out of things to do. The wild mountains (those not tainted by an excessive amount of humans) also have this inexplicable effect on my mind that is just calming and nice. The mountains and the ocean/surf are the two places I can go and just be good, no matter what I’m going through back in society. 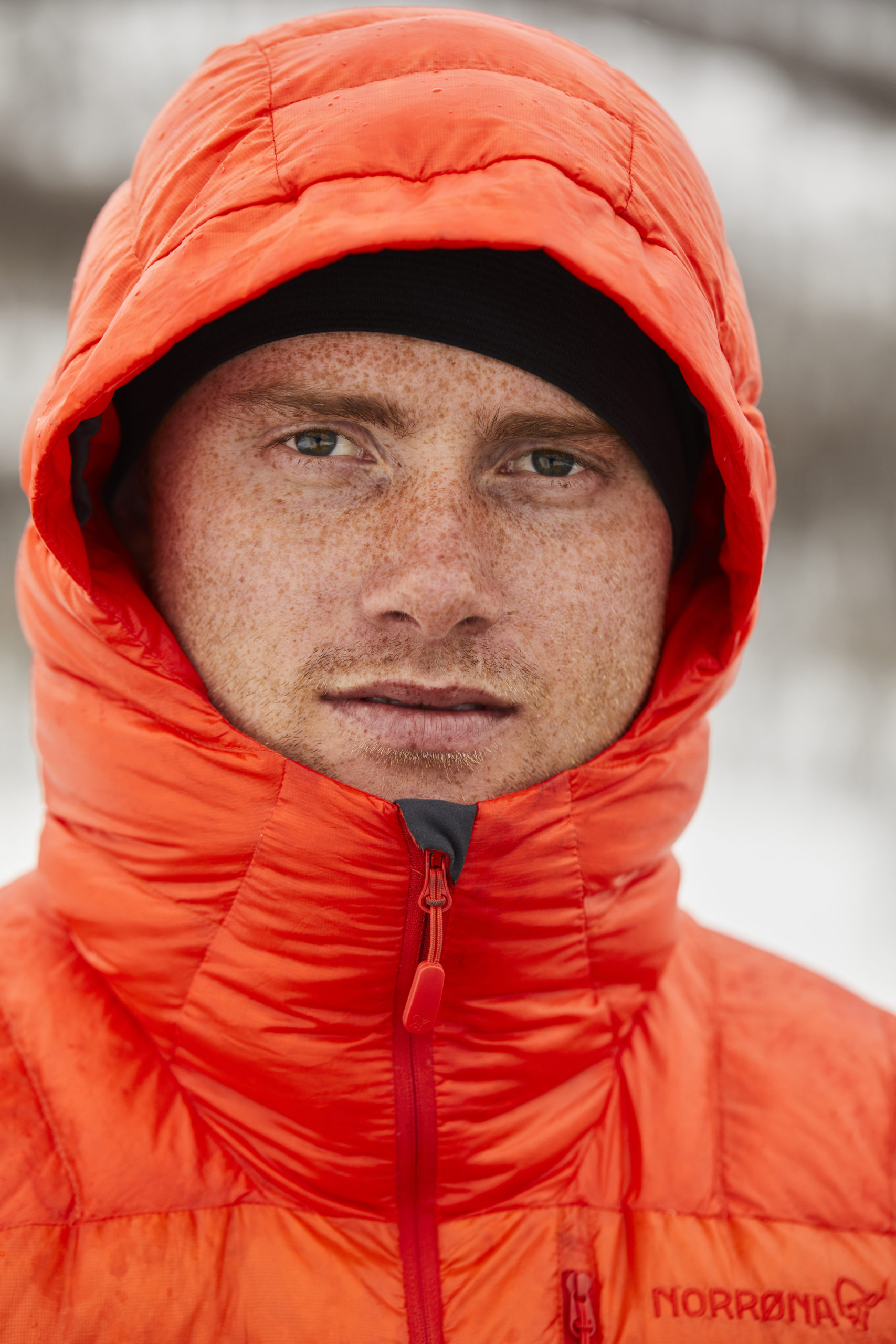 As a Norrøna ambassador my environmental responsibility is to have as small an impact on nature as possible so that we can keep having fun in it, which is really quite hard with all the traveling I do.

Blame it on my childhood.

I do think my parents and upbringing had a big impact on my appreciation of the mountains. They both love being outside and brought me from an early age. An essential part of being able to enjoy the great outdoors is having the skillset and gear that will make it a good experience. I’ve been lucky enough to have had access to that basically my whole life. Tromsø where I grew up and still live is an amazing area, with mountains rising up right fromt the city. I can run right from my front door to a peak. 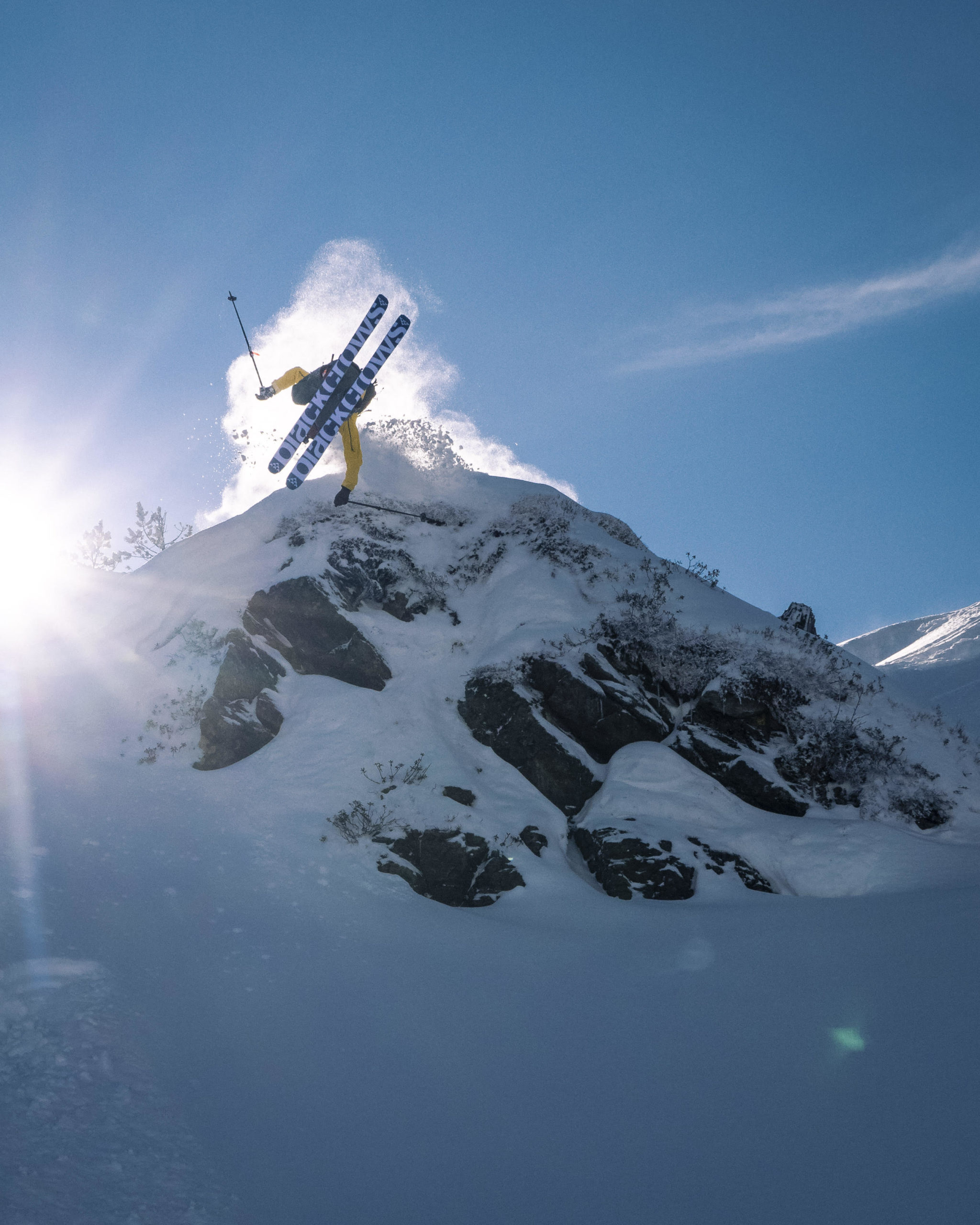 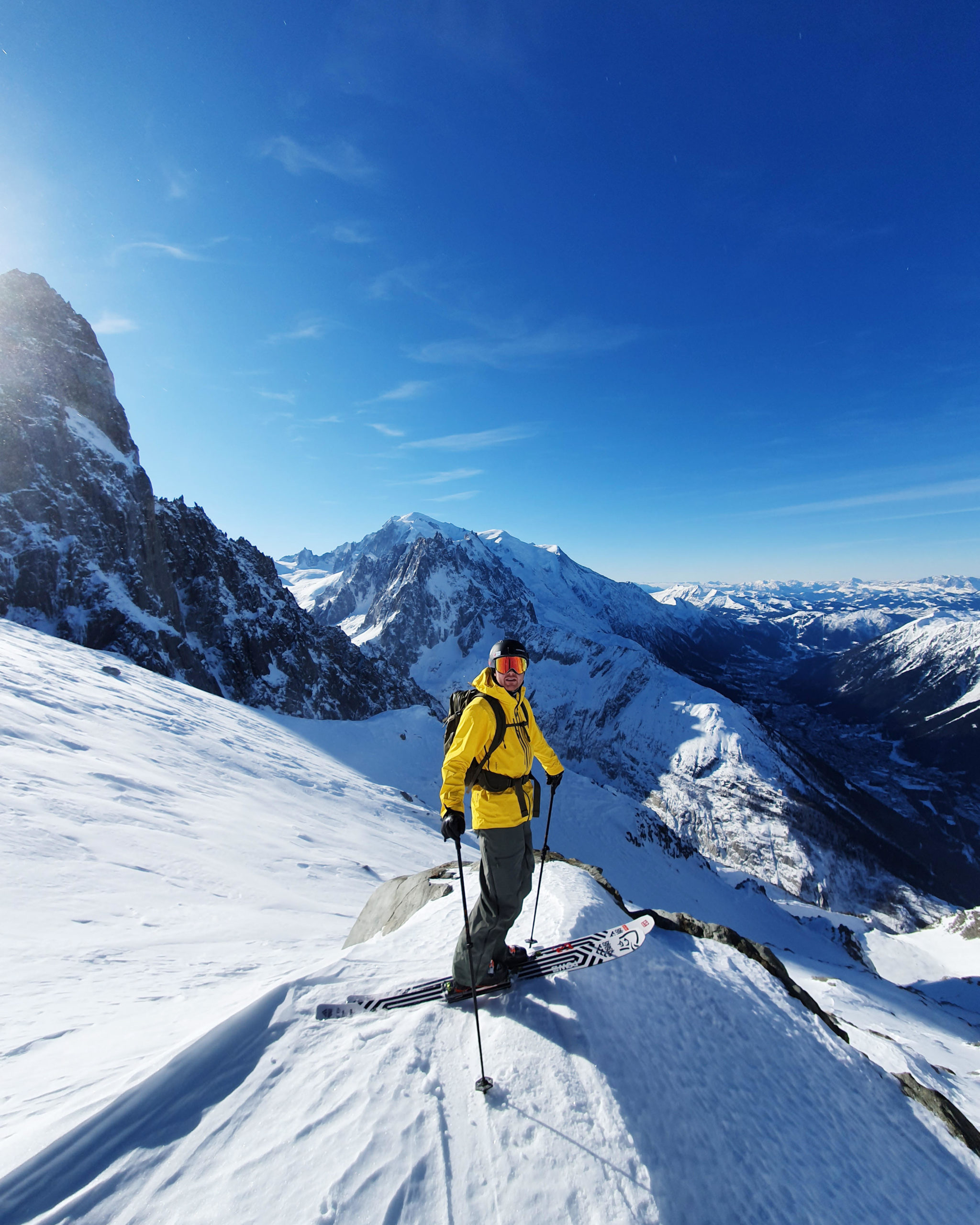 The feeling of skiing...

-Back to the fun haha. It’s this crazy feeling of floating over terrain and flying through the air at speeds you wouldn’t believe while still maintaining a sense of control. Now that it’s also my job, I get this double pleasure of having a good ski day also be a good day at work. I love seeing projects and ideas come to life, and to have skiing be a vessel for that is amazing.

You live part time in Chamonix, why? And please don’t give us the chlichés.
-I’ve only really been going for Le Tof.

What is your greatest achievements as an athlete?
-Probably the speed record in the Øksehogget couloir.

I spent the whole lyngen shoot in the Windstopper setup. Having soft-shell was perfect for the long missions, and it held up surprisingly well even when it rained! I might have to hop off the Gore-Tex only band wagon next season. 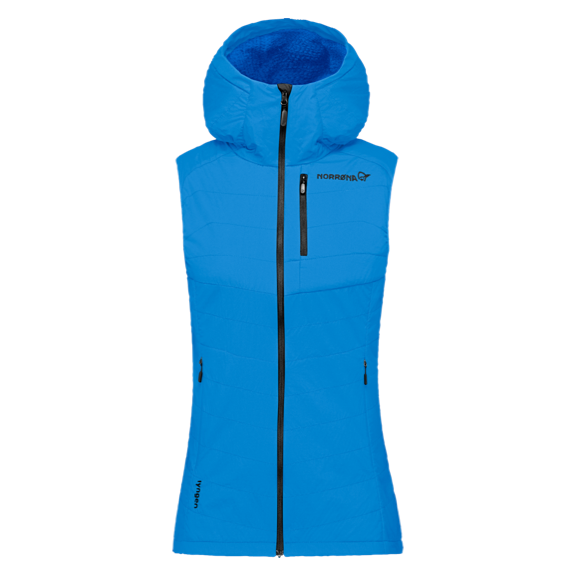 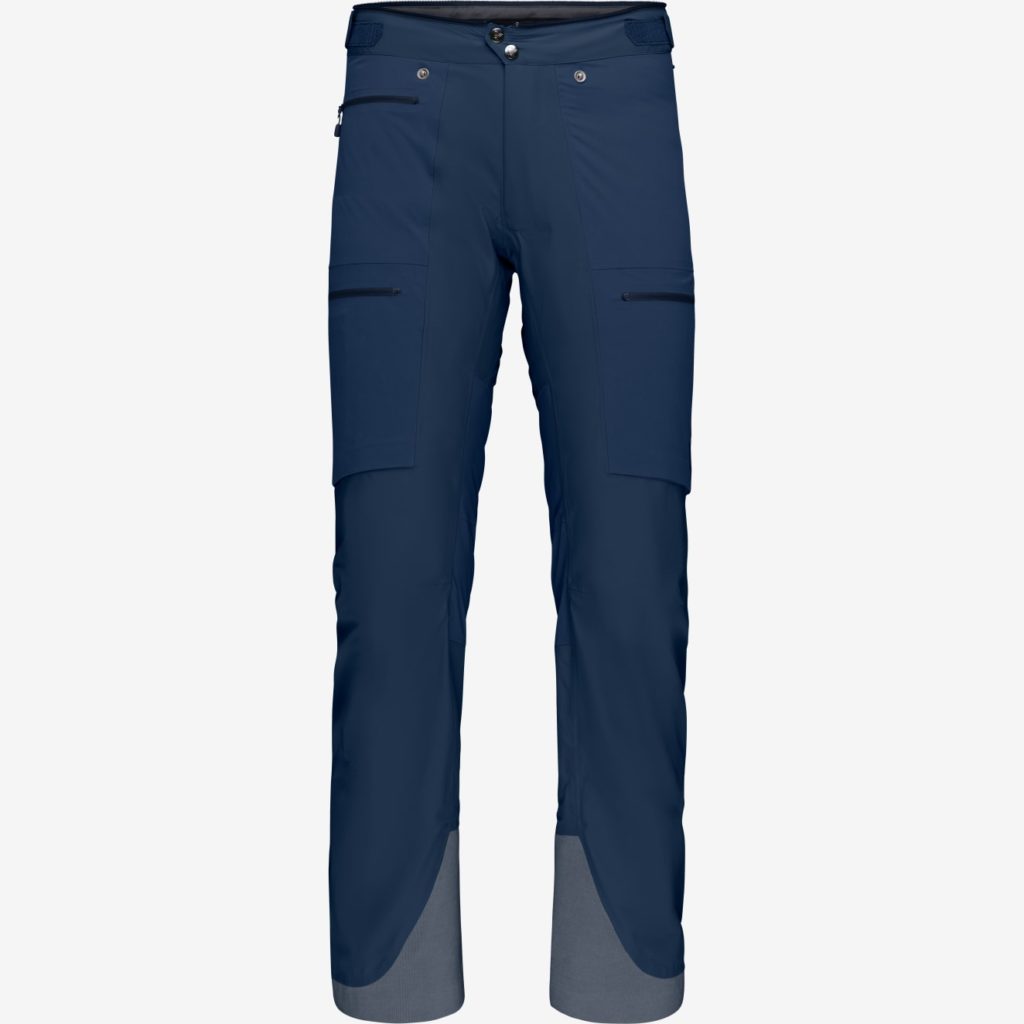 You graduated from law school a couple of years ago. Congratulations!

What is your motivation as a jurist?
-My motivation to go to law school was initially to go into an NGO and heal the world, but then it all got muddled with skiing and filmmaking. Turns out the practical use of human rights as a lawyer is a big mess too. For now, I’ve put my diploma in a drawer, but I might pull it out one day if the world starts hating my skiing and films.

What is your motivation as an athlete?
-My motivation to ski is first and foremost to have fun. If I’m not having fun, then I’m doing it wrong and might as well go be a lawyer and do something meaningful for the world. Or that’s what I always tell myself when I’m not having fun out there at least!
On top of that there’s the level of being a professional athlete, where I aspire to deliver quality riding captured in a way that is relevant to the skiing community.

Tell us about your amazing pictures and movies!
-Thanks for calling them amazing! I really enjoy making them. It gives this whole other dimension to my experiences when I get to convey them to an audience. That’s basically my dogma as a photographer and filmmaker: to bring the experience I have, whether that’s a person, a place or, an event, to life for the viewer. So that gives me the amazing privilege of constantly being on the hunt for interesting people, places and events.

How would you describe your environmental responsibility as a Norrøna ambassador?

-As a Norrøna ambassador my environmental responsibility is to have as small an impact on nature as possible so that we can keep having fun in it, which is really quite hard with all the traveling I do. Luckily Norrøna makes it way easier with their determination to make sustainable products, and I do what I can as a citizen by always pushing for more sustainable solutions for society on a political level.
I’m amazed by how far human ingenuity has taken us so far, so I’m actually hopeful when it comes to the environment. I’m sure we’ll be able to fix this before shit really hits the fan, we just need to keep pushing in the right direction, and till then I’m just buying tons of carbon offsets.

Thanks for the chat, amigo.

What does it mean to be a skier?