Creating an Inclusive Environment for Women in Ski Touring

"It's nice to be out with other women, I usually just tour with my boyfriend/husband/partner/male friends." I’ve made and heard this statement too many times. Co-leading a Women's Ski Touring Program this winter has started to help me discover how to get more women out touring.

Inclusive Ski Touring is an organization whose goal is to give anyone interested a chance to uphill ski or split-board in a welcoming environment. In addition to their regular Sunday Tours and Diversity Programs, they host a popular Women’s Program.

When I asked my friend to join one, she was a bit nervous. Questioning, “Am I a good enough skier? I’ve never done this before. I’m not sure I’ll be able to keep up.”

Touring can be intimidating for women, but it doesn’t have to be. You don’t need to be ripping huge lines, in avalanche terrain, or even in the backcountry. Touring is hiking up mountains with your skis/snowboard on and then going down. It can be as simple as skinning up resort trails, exploring local wooded areas, or mellow carriage roads. The challenge is as big as you choose to make it. When women participate in male-dominated sports, it’s easy to fear that you don’t know enough, won’t be good enough, or will “slow others down.” We need to do better creating environments in which women, and other underrepresented groups, feel comfortable trying. This is exactly what Inclusive Ski Touring has been doing with their Women’s Program. No more “keeping up with the boys,” we’re kicking it with the chicks. 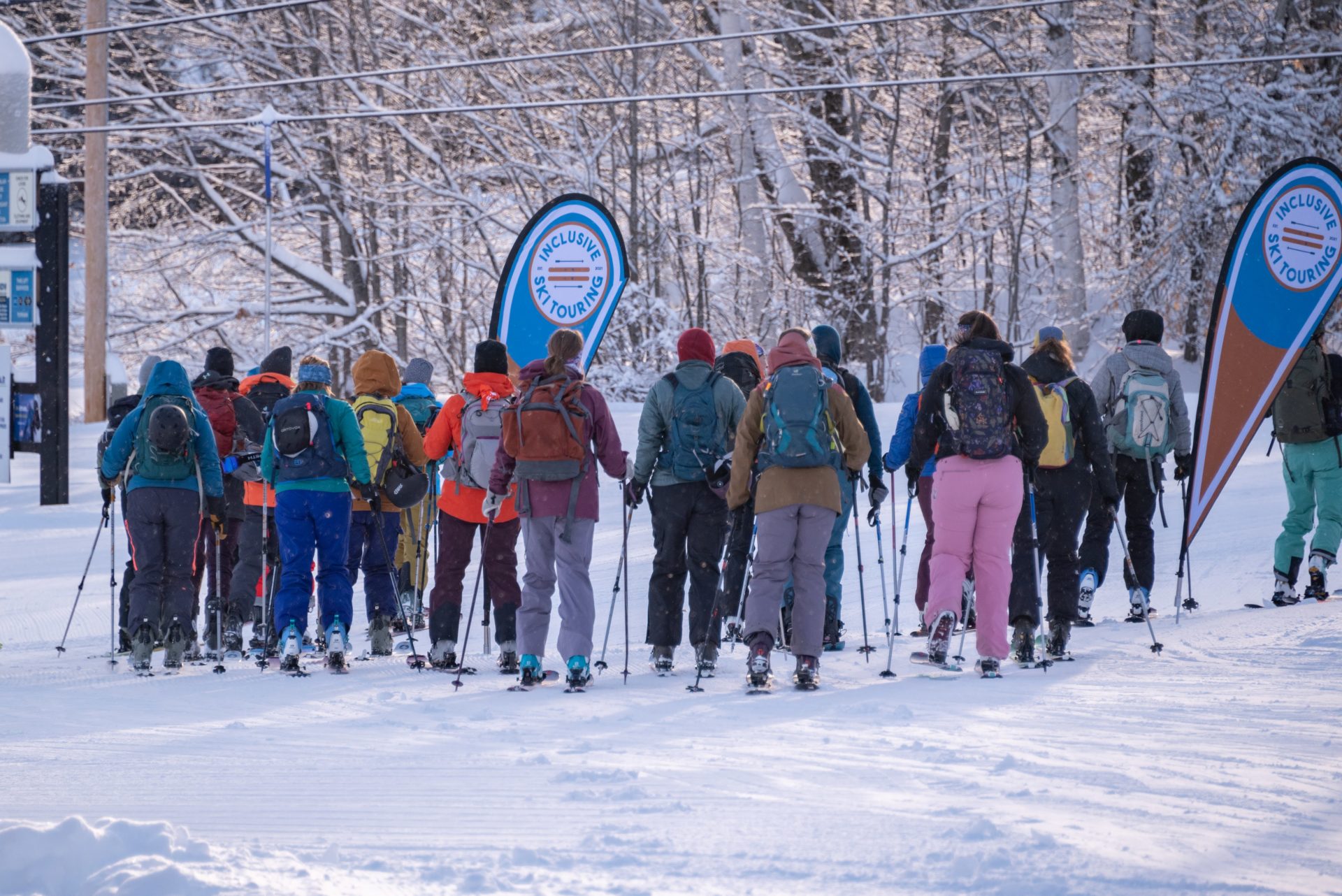 At the clinic, thirty women are in the lodge picking up their uphill passes, getting on boots, and putting on their skins. Some women have gear and are looking to meet other women in the touring community, but many have just picked up their rentals. There was a palpable energy in the air as all these adventurous women chatted excitedly. Each time someone had an unsure look, a nearby woman would immediately offer help and gear tips. These women didn’t need me for much, what they needed was a space where they could be comfortable asking questions, learning, and challenging themselves. 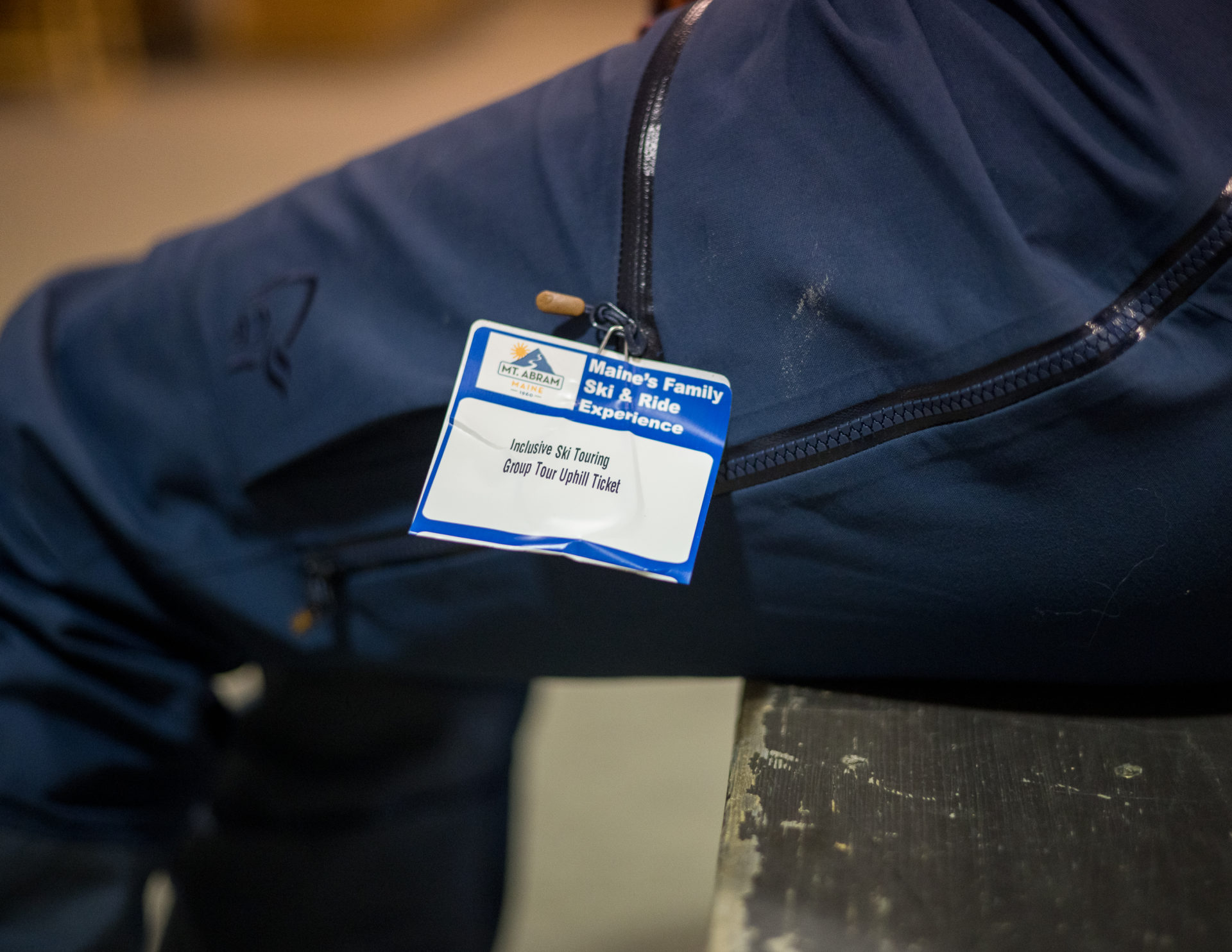 We headed out for one lap up Mount Abram, approximately 1.5 miles and 1000 vertical feet. Throughout the tour, I overheard so many words of support and encouragement towards women who were touring for the first time. At the top we all transitioned: folding up skins, switching boots and bindings into ski mode, and most importantly, helping each other. Even the woman with a temperamental binding had an unwavering positive attitude.

After skiing down, people were excitedly making plans to get out again, exchanging numbers, and connecting with each other online. The stoke was contagious. My friend asked, “can we do another lap?”, and I couldn’t help breaking into a huge smile.

If you see another woman out ski touring, say hi, smile, or yell “woo”. Let her know you see her, and she’s got this. Women empower other women to do great things, so let’s get after it. 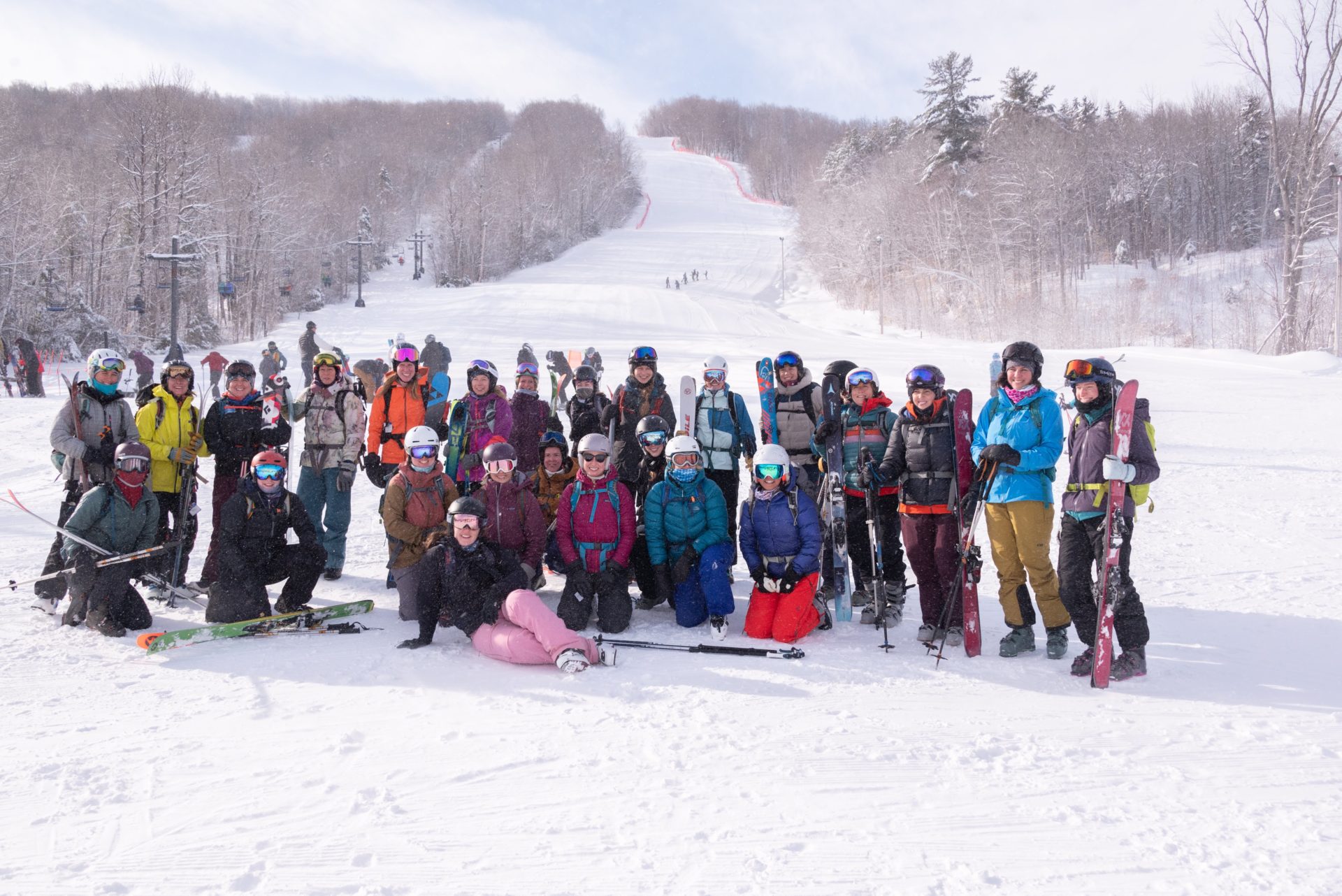 Meg is an environmental engineer from New England who loves being outside and on the go. She is an avid skiier, hiker, rock climber, mountain biker, and boater who brings lots of energy and enthusiasm to her adventures. Meg is passionate about encouraging, enabling, and expanding access for everyone to participate in outdoor recreation.

My Relationship With Nature

Skiing Through the Polar Night