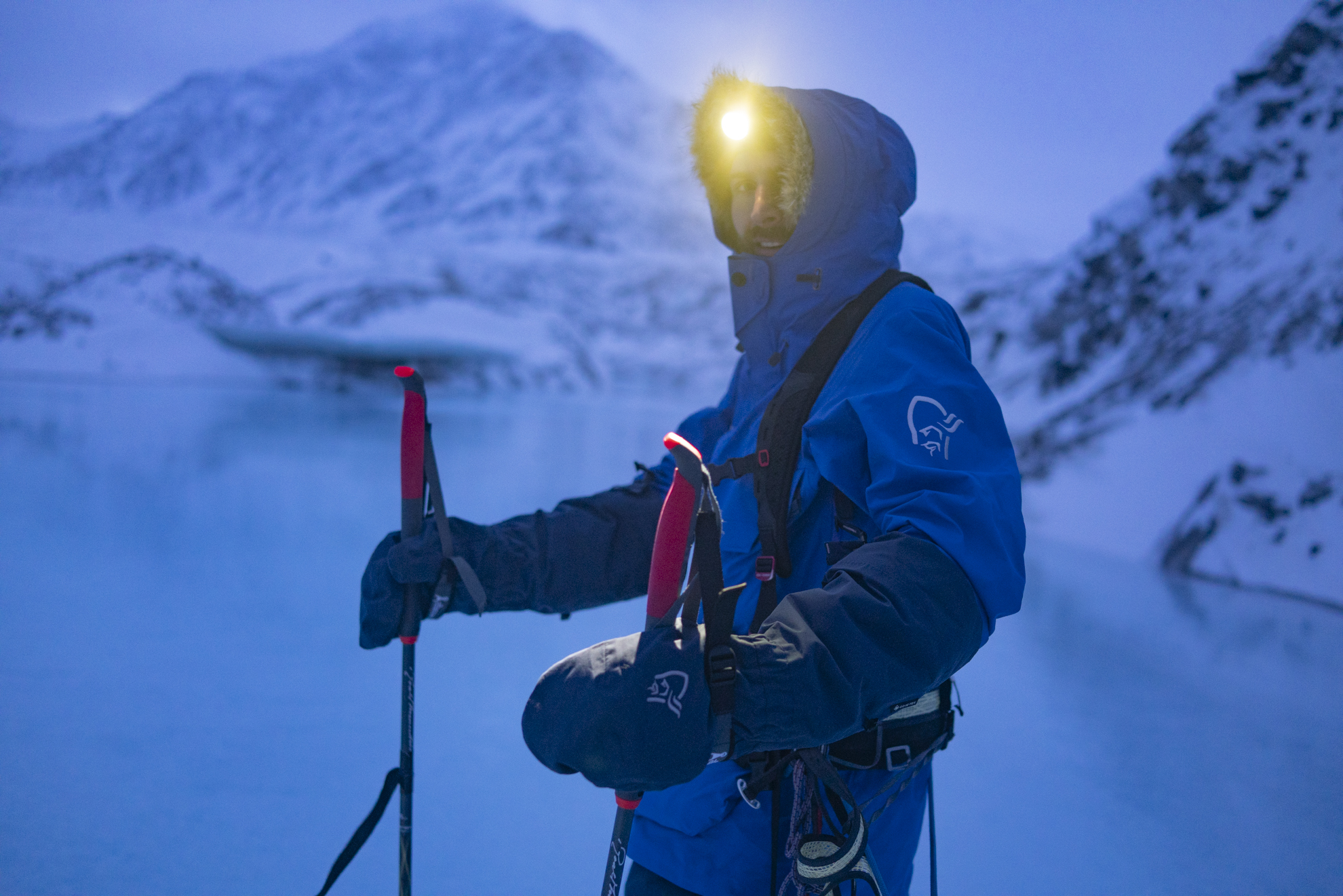 Goal achieved during our first Winter in the Arctic

Join Vincent Colliard and his partner, and get a taste of what it looks like to cross Spitzbergen North to South. 1000km, 63 days, unsupported.

It was the 2nd of February 2021 when my partner, adventure filmmaker and ultra-marathon athlete Caroline Côté, and I set off on an intensely challenging, winter crossing over the vast and rugged territory of Svalbard. For more than 2  months, crossing over 1100km and being 100% self-sufficient, we had to tap into our highest endurance and perseverance levels to achieve the goal we set ourselves.

Our goal: to be the first expedition to cross the main island of Spitsbergen, from North to South during the peak of the polar winter. Leaving from the town of Longyearbyen, which  would also be our point of return, we chose to shun the help of any motorized vehicles to reach the extreme north point of the island, setting out on our skis. This was an extraordinary expedition with the risk of endangering our lives, and in turn the love that unites us!

Longyearbyen, the administrative capital of Svalbard, and the most northern town in the world,  would be the departure point. After picking up any last-minute parcels, we quit  civilization and dove into our big adventure of 63 days, pulling 2 sleds each, weighing in at more than 290kg. We were ready to meet the ‘King of Svalbard’, the polar bear. The  possibility was high as Svalbard is home to approximately 3,500 polar bears, a third more than  the number of habitants on this archipelago. We would also encounter the famous and emblematic Svalbard reindeer, along with the arctic fox which is now sadly an endangered species on the island. We would be traveling through the heart of the polar night with only  each other’s company, relying heavily on our navigation instruments to progress, the moon  and stars on clear nights, and the beams of our headlamps. We knew that poor visibility  during the polar nights could be an ongoing challenge and that eventually, as the month of March drew closer, the light would make its return and guide us to the South, hopefully under rays of a returning sun.

This itinerary, of over a 1000km, was not without numerous challenges that we had to overcome! (Check out the ‘complimentary information’ section at the end of this article for  the memorable moments.)

The polar nights left little room for error. The possibility of coming nose to nose with a polar  bear was constant. We came across 2 ‘Kings of Svalbard’ during their expedition. The unpredictable, strong winds across the glacier and along the fjords meant that temperatures dropped dramatically. (The topography of the island has changed as a consequence of global  warming). We found the southern glaciers to be strewn with dangerous crevasses in this  changing environment. Hunger was a major challenge during our traverse, and it haunted us from the beginning to the very end of the expedition. We had to ration for a good part of our journey to make  it to the next pick-up point. It left us hungry and weak towards the end of the expedition and laying eyes on our thin silhouettes upon arrival, we realised to what extent! Our strength came from witnessing the sheer beauty of the ice world we were exploring, from the Northern lights to the glaciers.

The success of this insane expedition was marked by celebrity Norwegian, polar explorer Børge  Ousland. Upon our return to civilization, Børge was there to greet and congratulate us in person for our feat. Børge, with whom I had experienced several expeditions to date, was interested to hear all the details of our adventure!

How the duo met:

We met on a ski expedition in Antarctica. Caroline was the film maker, and I was  the guide. Late one evening, while the other participants were sleeping, we found ourselves together, alone outside the tent. Sitting in the middle of the glacial mountains in the Antarctic  Peninsula, facing the Pacific, we shared a cigarillo and decided to join forces! 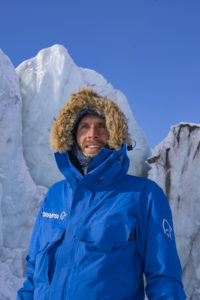 With a penchant and lifelong passion for exploration, French adventurer Vincent Colliard (35  years old), is one of the most accomplished polar explorers of our generation whose numbered expeditions include the current crossing of the 20 largest icecaps on earth –Ice Legacy. He represents a new breed of athlete, bridging adventure and science, inspiring the environmental dialogue on a global scale.
For more details visit: www.vincentcolliard.com 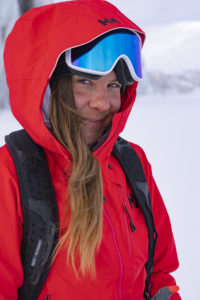 Caroline Côté (34 years old), is a professional Canadian adventurer, filmmaker and adventure photographer  based in Montreal. Her role during past expeditions has been to capture images and create  documentaries for the eyes of the masses. Passionate about long-distance challenges, whether  running, kayaking, or skiing, she has already had several expeditions to her credit.
For more details visit: https://en.caroline-cote.com/

Memorable moments from the expedition:

2nd February: Departure from Longyearbyen into the heart of the obscurity of the Arctic  Winter!
290 kg, the total weight of the sleds between Caroline and I.

5th February: We see the gaze of green eyes upon us in the night…a bear or a reindeer?

10th February: We leave the ice cap Filchner (30c with strong Easterly winds); which left us with frostbite. We arrived at Widje Fjord, which they followed to reach  the Northern tip of the island.

14th February: We get stuck at Widje Fjord and cannot go any further North due to:

15th February: We set off again. We meet a polar bear and ski approximately 100m alongside this majestic creature. After about 10km, we head into a  valley, towards ‘Smuts’ glacier.

16th February: We head upstream on a partially frozen river and find ourselves ascending  1000m heights in the middle of the beautiful Atom Fjellet mountains.

19th February: We get a brief glimpse of the sun for the first time on the ice cap known  as Åsgargfonna.

What Vincent wore during his expedition: 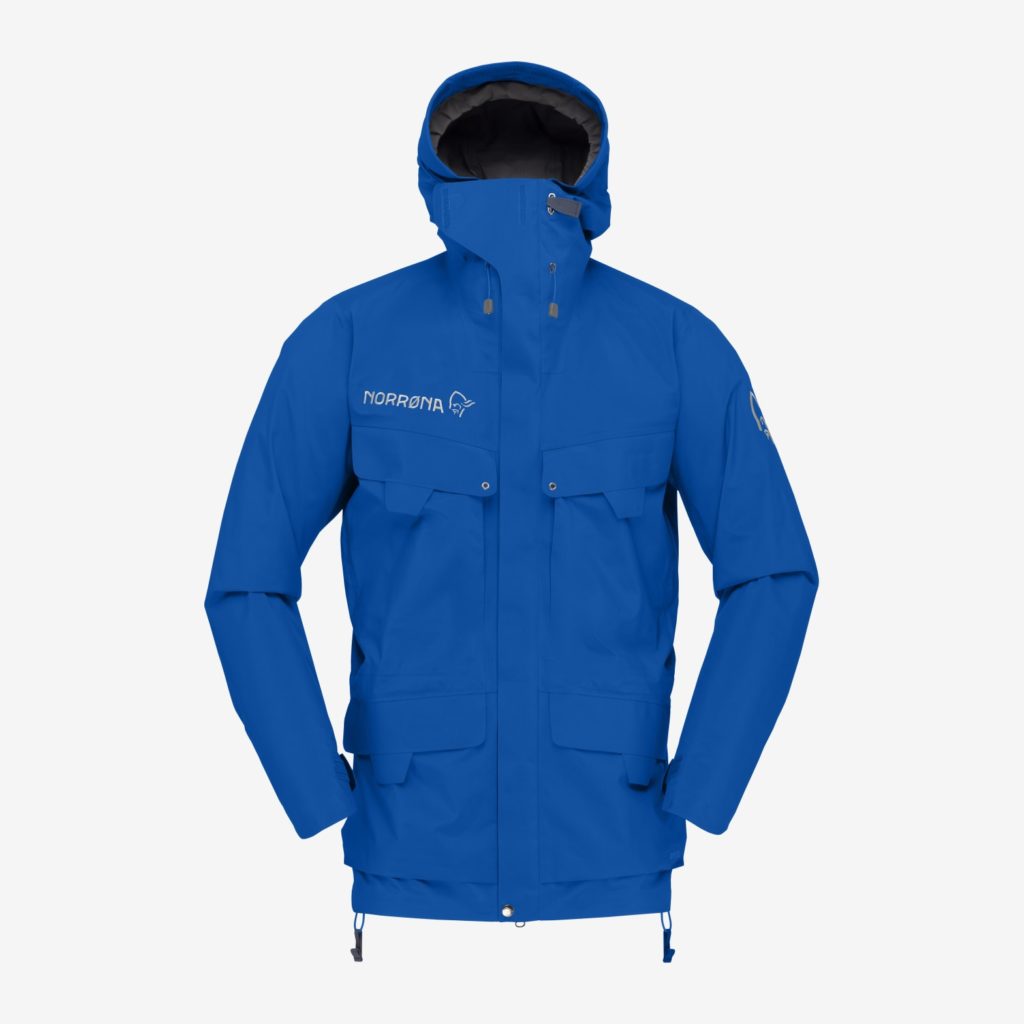 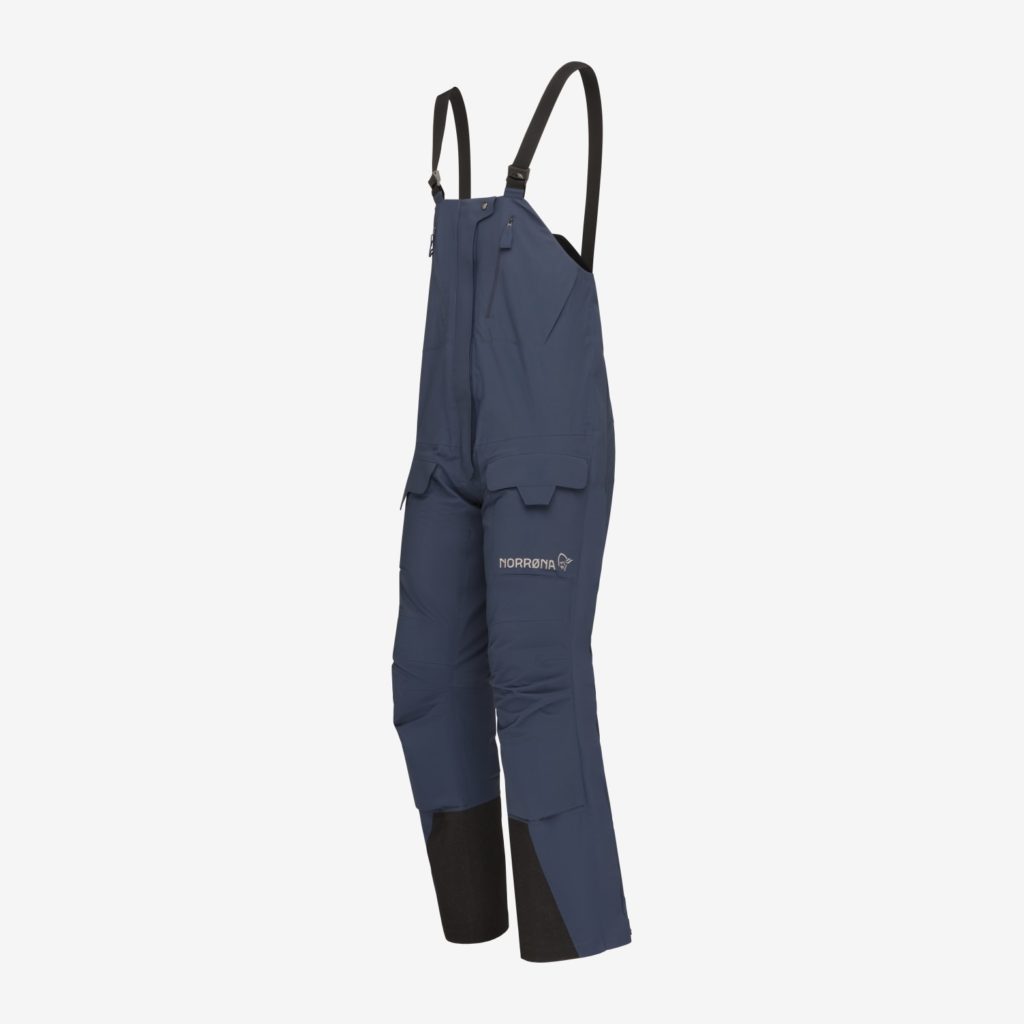 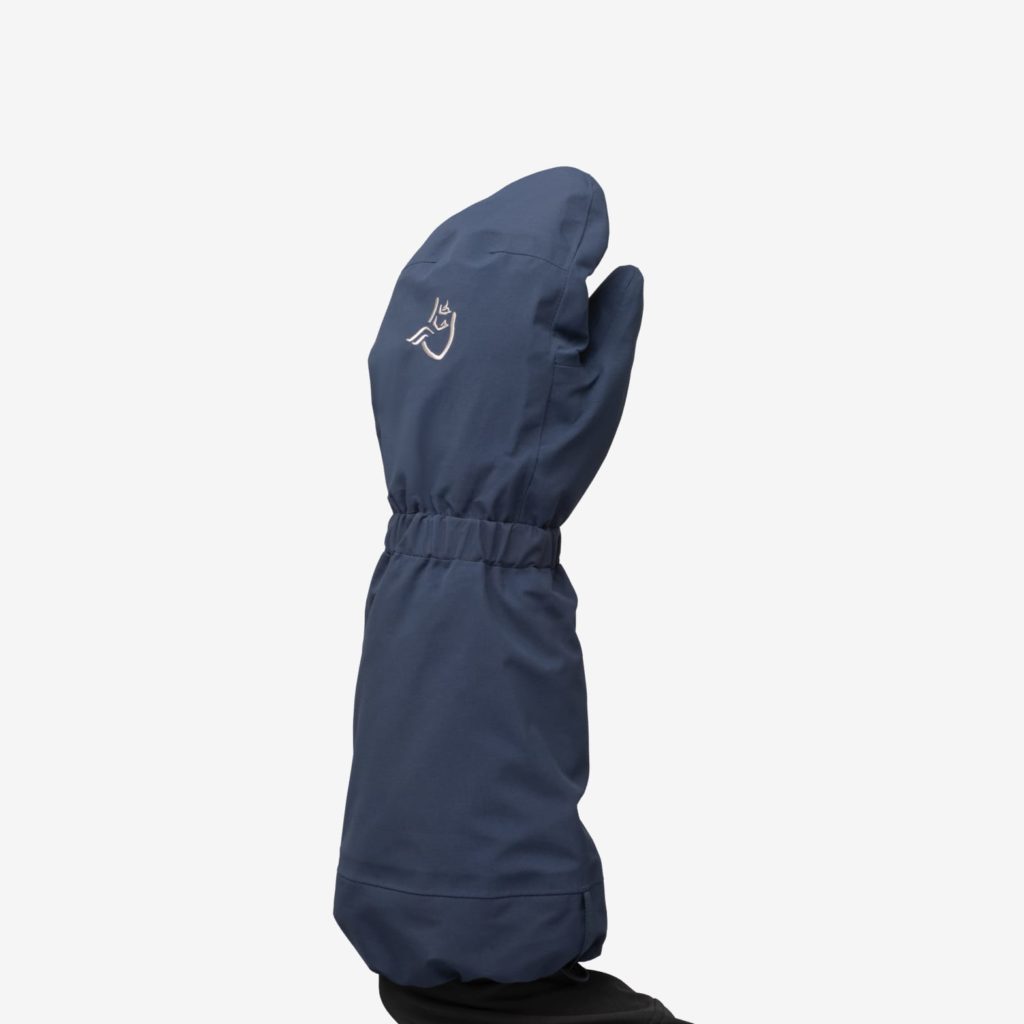 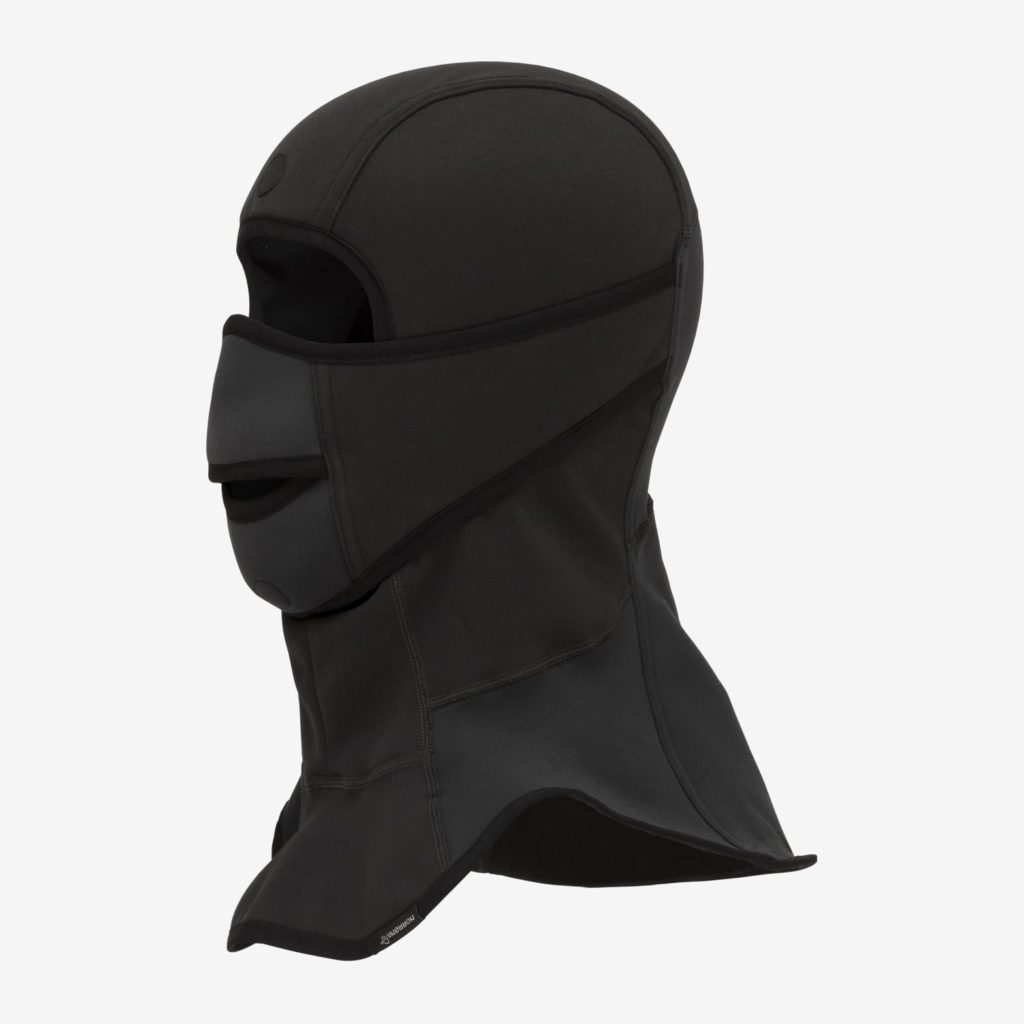 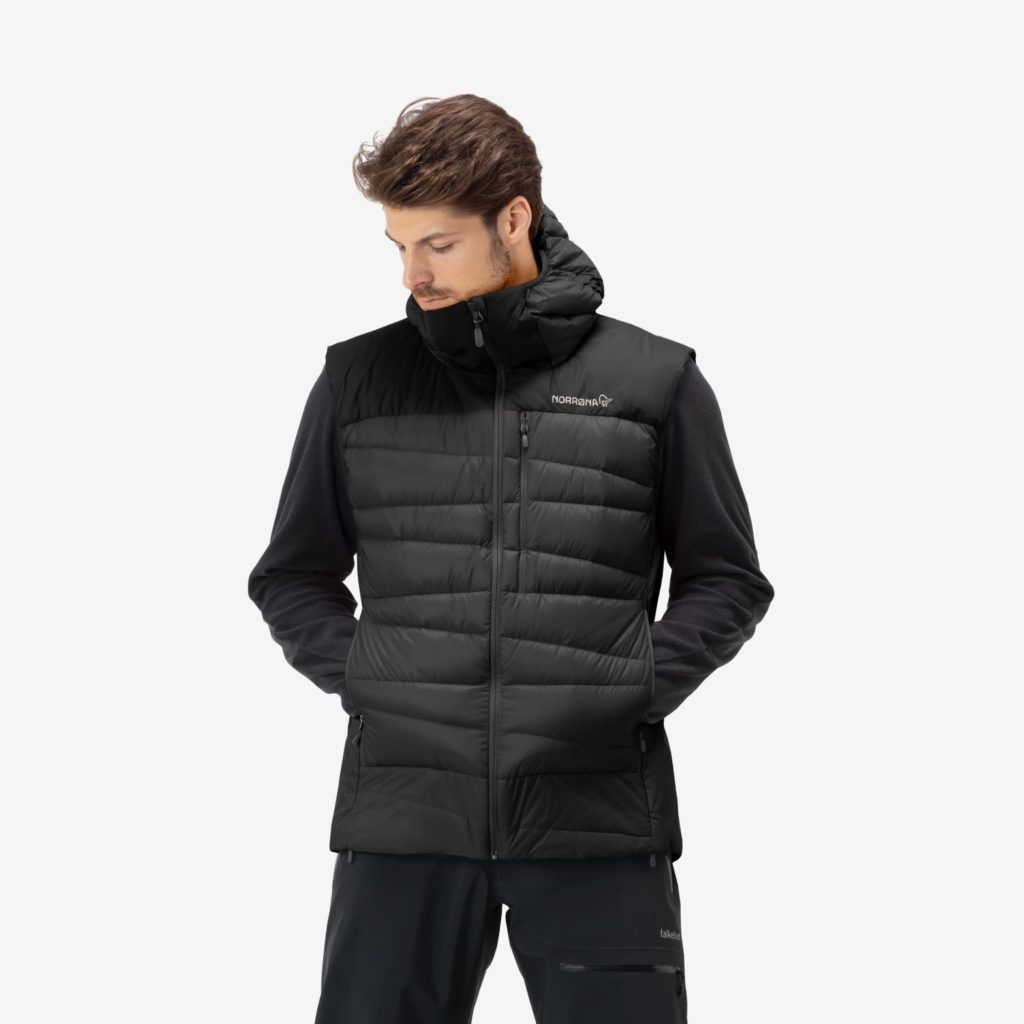 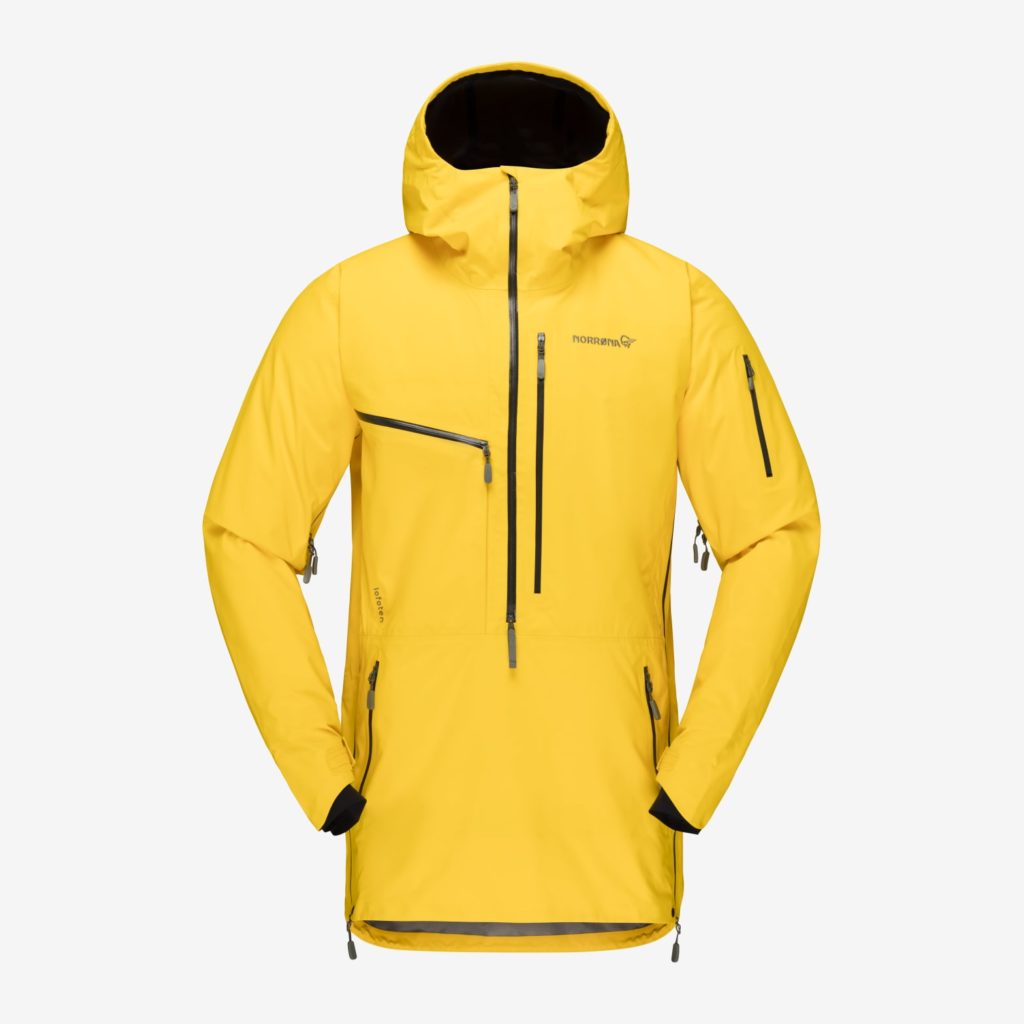 22nd February: After a sturdy push of 42km, we reach Verlegehuken, the Northern point of  the island. This will be the starting point of the 1st Winter crossing of Spitzbergen, North to South unsupported. Our objective; to reach the Southern tip before the 21st March – the first  day of Spring.

15th March: It’s -38° in the tent this morning, pitched on the glacier called Hamberg. Lars  Ebbessen announces a huge mass of warm air approaching soon. The adventurers push on, aiming to reach the Southern tip asap!

18th March: Crossing Isbukta Bay (Ice Bay in Norwegian). 11km of pack ice in a straight line!  The weather is warm, it’s strangely calm whilst we cross the bay. A cloudy  front is progressively approaching. At the end of the day, the weather worsens. We stopped to set up camp. We must work quickly before the weather front arrives and makes things  difficult.

Night of 19th March: Caroline wakes up and realises that the tent is buried in snow. The pair shovel until the morning! Before setting off again, we allow ourselves a quick siesta of 50  minutes; we are exhausted and yet so close to our goal! Less than 40km separates us now from the Southern tip of Svalbard. The inside of our tent is humid and it is 0°c, nearly 40° difference from 3 days prior. We must put all our material into our vapour barrier bags (like a bin bag that they sleep in each night to protect their sleeping bags), without which the condensation transforms into ice! We had not brought waterproof bags with them  unfortunately. We had never known such extreme changes in temperature before.  We get back on our skis and carry on, the fatigue leaving us feeling like zombies. Only 12km covered and the weather brings them to a halt once again.

20th March: “You guys should go early in the morning! It’s gonna get bad later!” We read the  short message and hurry to leave the ice cap Sorkappfonna. Despite some difficulties packing  the tent (the hoops are totally iced over), today is the day we must give our all to reach  Sørneset, the Southern tip of the island. It’s the last day of Winter, the wind picks up and the clouds are rolling around the tips of the mountains. The situation gets dangerous to the point that we can no longer stand up straight on the moraines of the glacier Matthiasbreen. With such strong winds, there is no option but to stop pulling the sleds! We head South, leaving the zone we were in quickly, and readjust our itinerary in order to reach  Sørneset. A mass of threatening clouds is forming off the South Cape, and on the right, a sea  scattered with ice is being violently blown by the wind!

20th March, 13h15: We did it. After 47 days of expedition unsupported and 27 days after  leaving the Northern point of Verlegehuken. At 13h15, we made it to the Southern tip. The first crossing of Spitzbergen, North to South in Winter unsupported.

In a haze of fear, joy, and exhaustion, we sit down, positioned just under the cairn  of Sørneset, protected by an emergency cover! We share our position on the GPS. We had managed our goal.

Unfortunately, we then had to wait 4 days at the South Cape before heading back North. Outside the weather is menacing.

24th March: We resume our journey. 250km away from their final destination  Longyearbyen.

25th March: Another diversion! To our great surprise, the ice of Isbukta is completely  fractured, giving way to open waters – a deadly trap without dry suits or rafts at the ready. At  the end of the day, we find ourselves roped up in a delicate passage called Isryggpasset and navigate our way in view of the bright blue seracs.

26th March – 4th April: Due to violent winds we cover only 7km on this day. We are  at our lowest. Due to lack of sleep and calories, we have no energy and are feeling weak. A last blast of wind with gusts of 30m/s as we approach Longyearbyen. “We were bitten right to the end. We made it.”

5th April: We ski the last 4km. Heads down and without many words to  exchange, we try to realize the magnitude of our achievements.

Map of the expedition route

Photos of the expedition

Recap of the expedition: