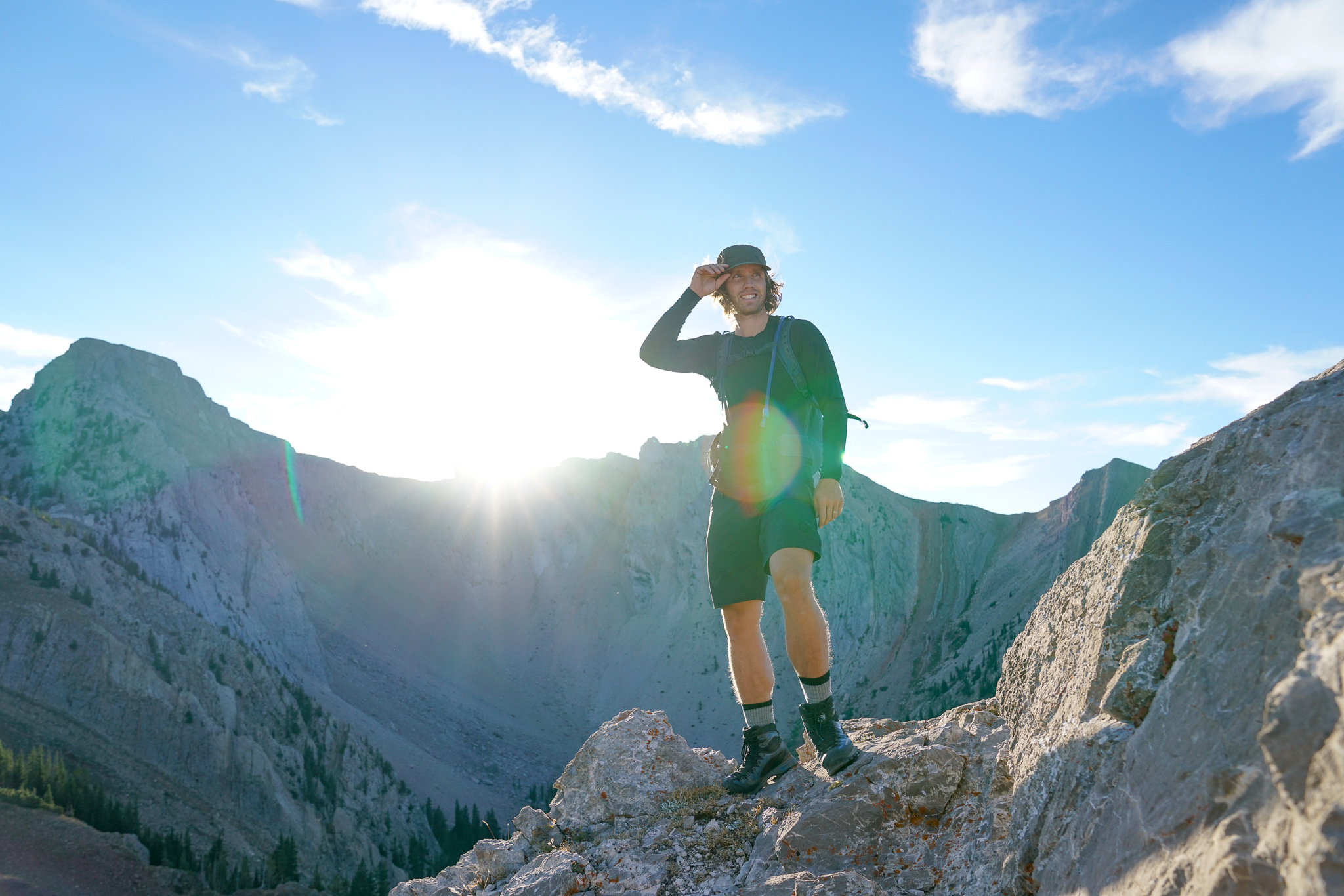 How to keep a light environmental footprint when in nature

Here are some tips on how to keep a light environmental footprint in nature so that you can leave it better than you found it, and hopefully experience nature, wild and uninterrupted.

Words by Norrøna Ambassador and ecologist, Charles Post. Over the past decade, Charles earned undergraduate and graduate degrees in food web ecology from UC Berkeley, and has worked on research projects across the American West with focuses ranging from birds and salmon to rivers and salamanders.

What if we could see more, hear more, and experience more when we visit nature? Sometimes we are our own worst enemies when seeking a wild experience.

While sometimes we are drawn to the speedy route through the mountains or forest, slowing down can have many benefits. You’ll see more and hear more while not disturbing wildlife and perhaps noticing subtleties that might have blurred past you if you were on a bike or trail run. When we come to see that our adventures take us through ecosystems brimming with life, we may want to get to know the plants and animals along the way a little better. And once we trained our eyes and ears to pick up on the brilliant subtleties of a place, the flowers and ferns, fungus and feathers on the trail – the have a relationship with the diverse threads that make up any ecosystem – perhaps we are more inclined to care for that place and speak up on its behalf. Our planet desperately needs protectors, and as we lose more and more nature to “progress at any cost” it becomes increasingly clear that we must save the nature we have left. In the preservation of nature is the preservation of humanity. 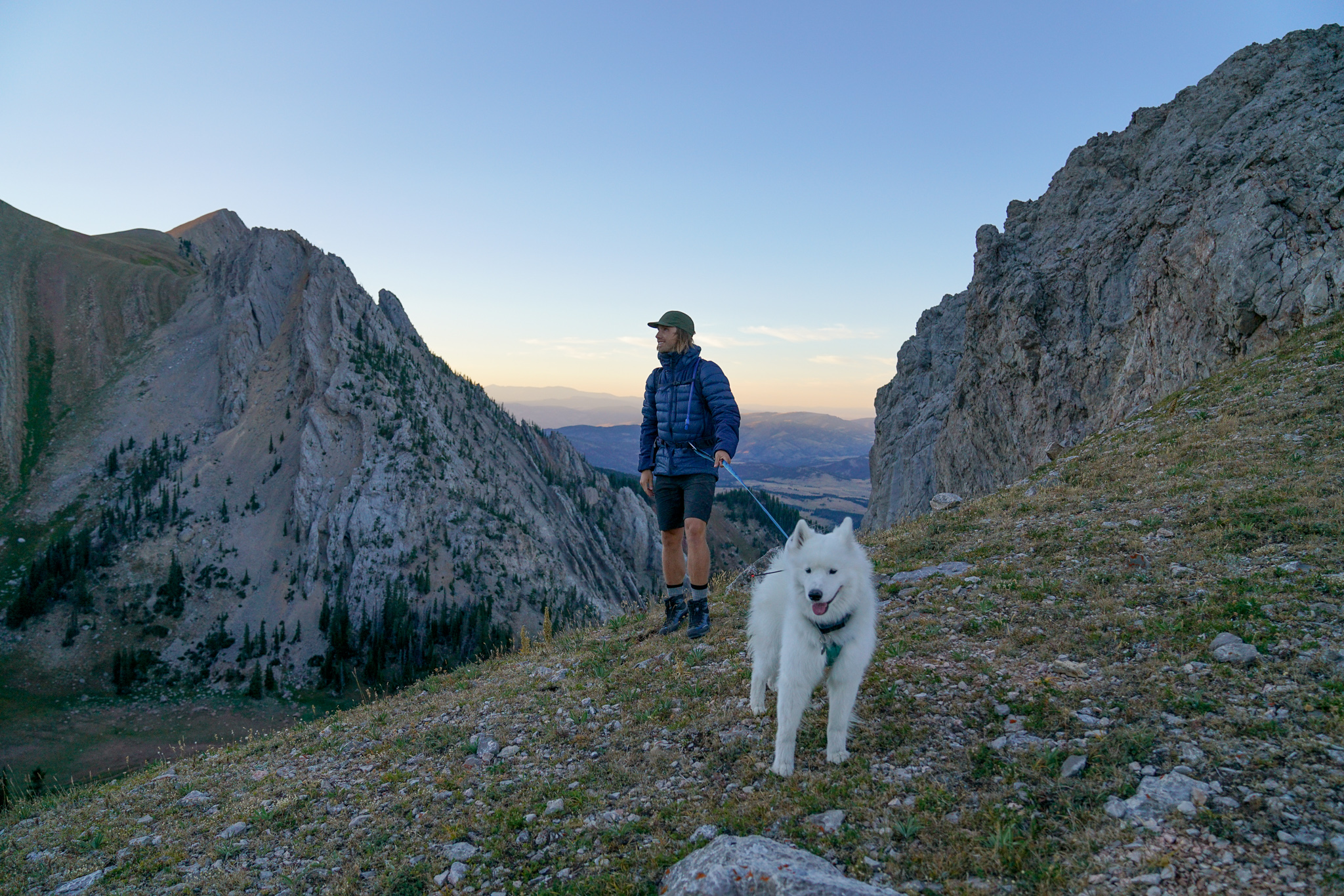 Keep the lights down. Light pollution is an all too common and often overlooked impact on nature. Nocturnal creatures like moths can be disoriented by lights, even something seemingly as insignificant as a camp lantern or small cabin light on a deck or porch. Exhaustion quickly sets in, and before you know it dozens of moths may impacted. Why should we care? Not only are moths important pollinators, which as a group are declining rapidly across the globe, but they are also a critical food source for many birds and bats. If you’re interested in places where the night sky has been protected in the form of an International Night Sky Sanctuary, click here. 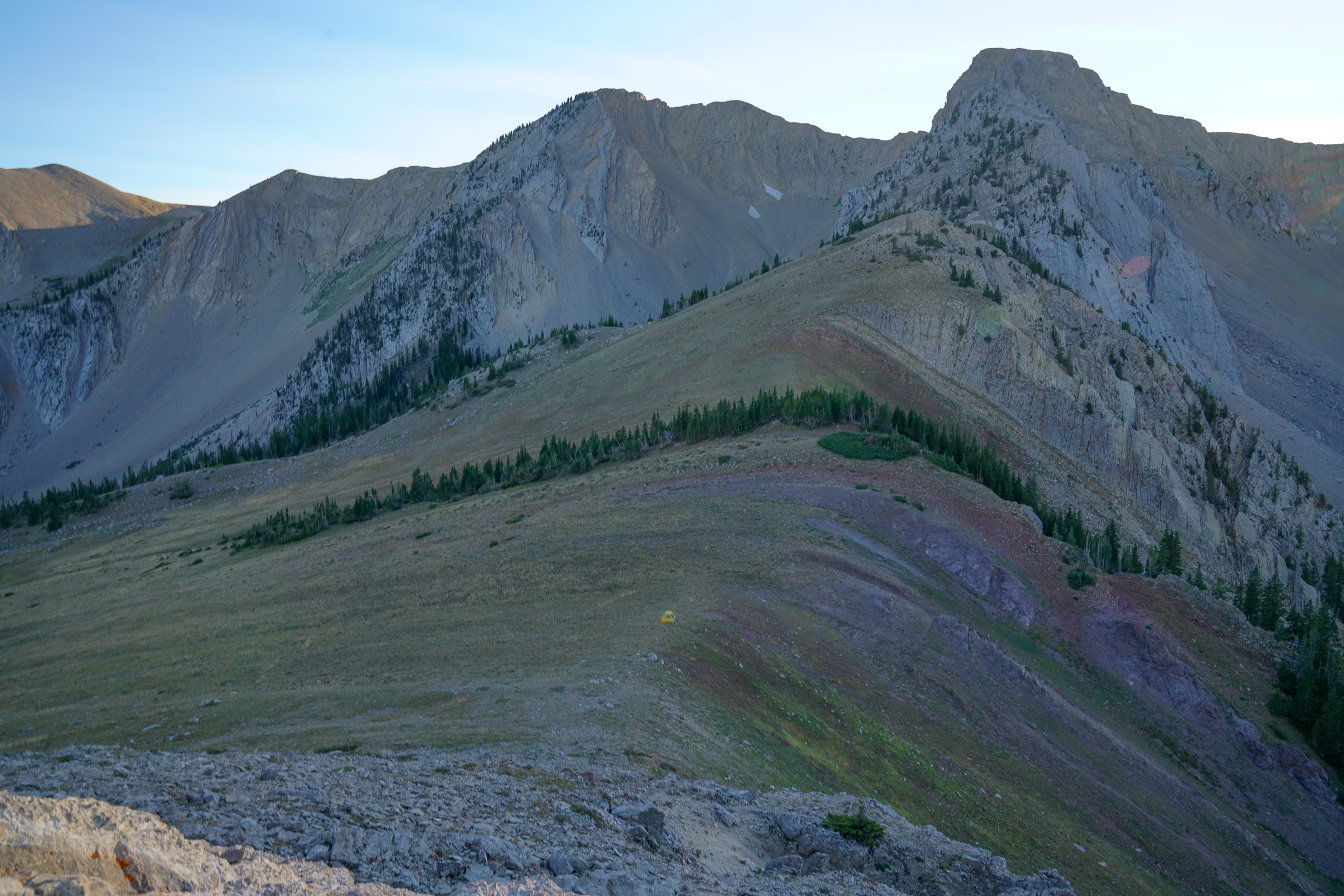 Mind your fires. Not only can campfires lead to unintended wildfires when not cared for and extinguished properly, they can also scar slow-growing (like the desert or tundra) and sensitive ecosystems that did not coevolve with fire. In some places, like in the American west, certain plants and animals coevolved with fire, which historically occurred naturally (lightning triggered) at somewhat predictable frequencies and degrees of intensity (e.g., high frequency, low intensity). For example, there are species of pine trees that will only drop their seeds when the cones come into contact with smoke and heat from flames (called serotiny), and some flowers like fireweed tend to burst to life in areas recently impacted by fire. Today, mega fires, characterized as relatively infrequent and very high in intensity, are destroying huge swaths of nature, largely driven active forest fire suppression, forestry practices and climate change. And with an abundance of unhealthy, drought stricken and overcrowded forests prone to wildfire, it’s more important than ever to mind our campfires. Drown them so they are cool to the touch. 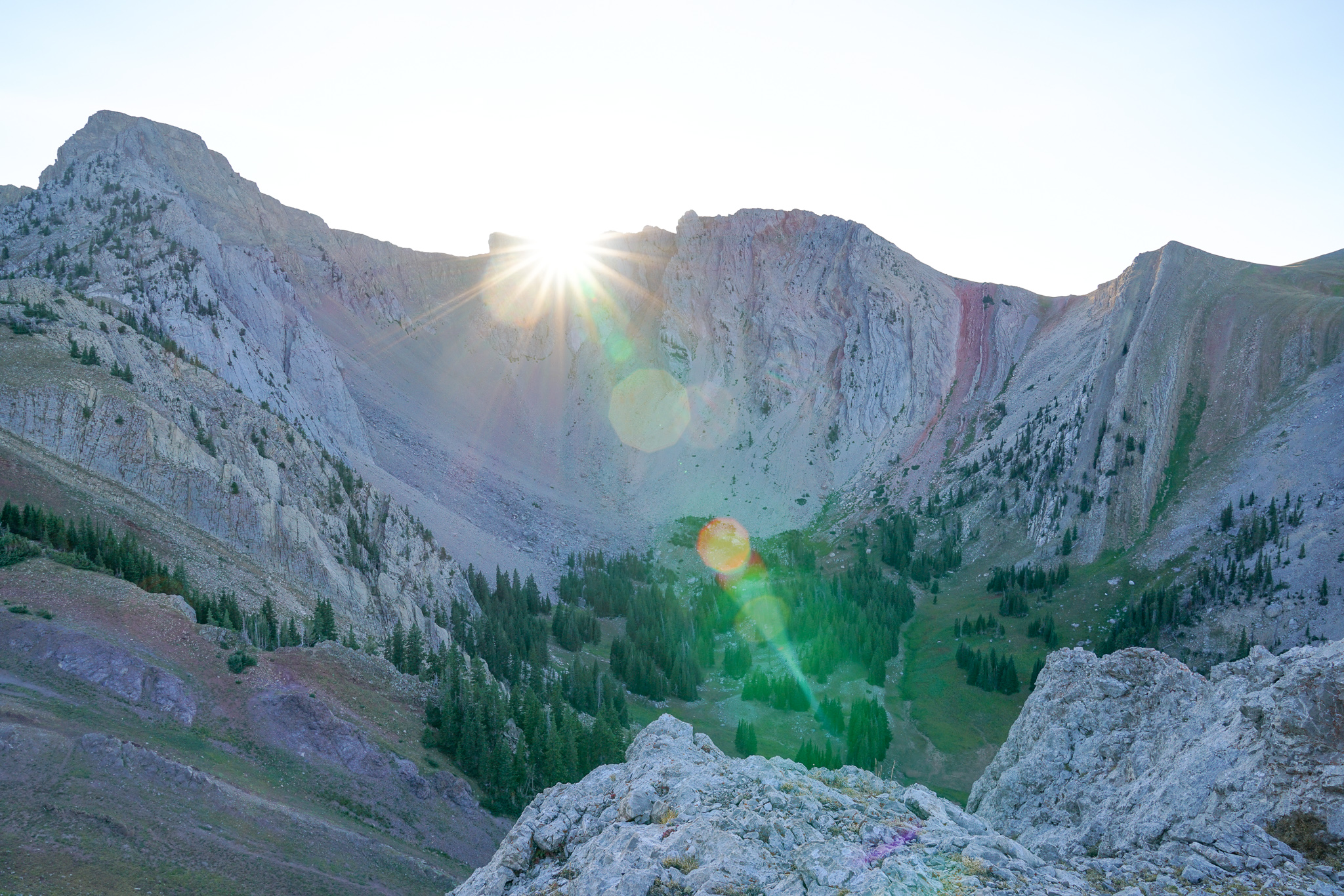 In late winter and early spring, especially, be mindful of wildlife fighting to survive through the last days of winter until the green up of spring arrives. While we head into the mountains in search of lines to ski or places to explore we should remember that we are entering landscapes where elk, moose, caribou, wild sheep and deer may be hiding from predators (such as in areas of deep snow or steep mountain faces) or resting so that their energy reserves may sustain them for the last, and often most deadly weeks of the year. All it takes is one unexpected scare from a skier or hiker, and it’s very easy and common for a herd to be bumped from their resting or hiding places, forcing them to exert critically important energy reserves as they flee. The best way to avoid having this impact is to be extra cautious and mindful, perhaps even taking the time to scan a mountainside or valley for wildlife before heading in that direction. 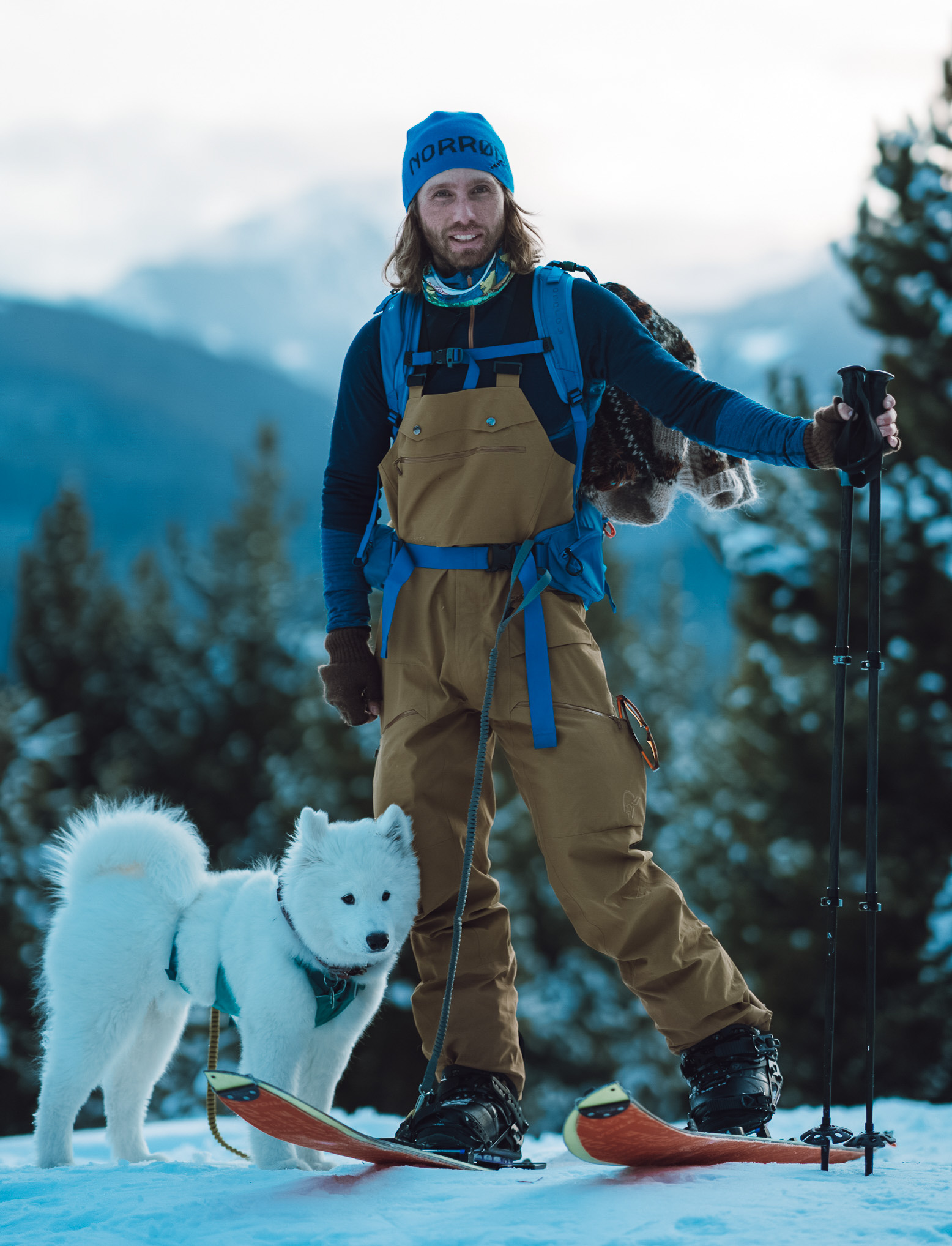 Keep dogs on a leash. Rachel and I are dog owners, and appreciate how passionate people are about their pups and the life their pups get to live. But as an ecologist, and someone who keeps their dog on a lead 100% of the time, it’s important to point out the impact dogs can have on wildlife when off leash. A dog is genetically no different than a wolf. And while there are certainly many types, shapes, personalities and sorts of dogs out there, many can’t help but chase or investigate wildlife. Personally, when I am in nature, I am most excited about wildlife experiences. It’s often one of the key drivers that inspires me to get outside. While I have our Samoyed, Knute, on a leash, I can watch his ears to direct me to animals that exist but may be just out of sight or hearing distance. Maybe it’s a grouse on a branch overhead or a snowshoe hare hiding at the base of an old tree. Over the past year, Knute has alerted us to numerous elk and moose while hiking, which has allowed us to give these animals some extra space, and also sometimes get a quick view of them in an undisturbed state. If Knute was off leash following his nose and instinct, there is no doubt he would scare (or try and kill) birds and wildlife off well before Rachel and I could experience them. Is it our right to disturb an ecosystem in this way? 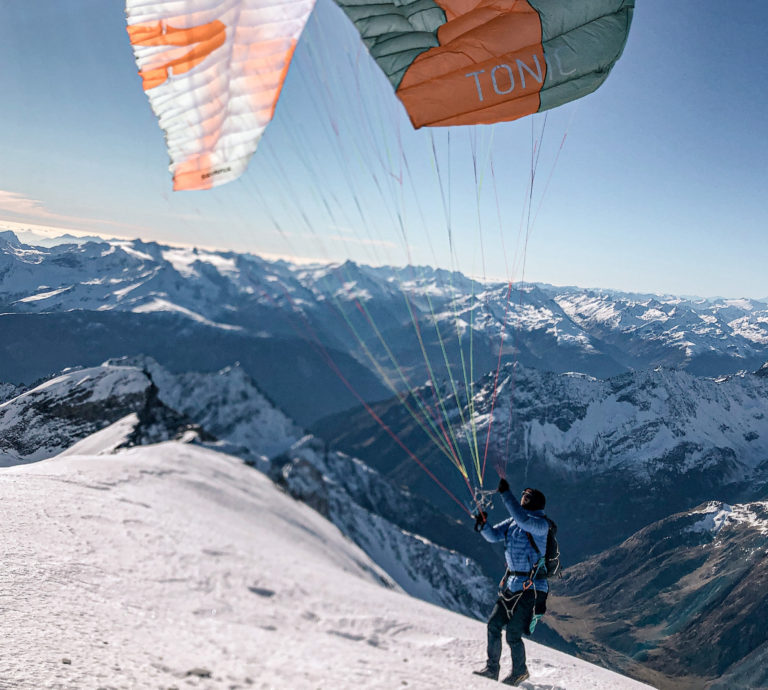 Taking the easy way down. A Hike & Fly Adventure to Mount Tödi in Switzerland 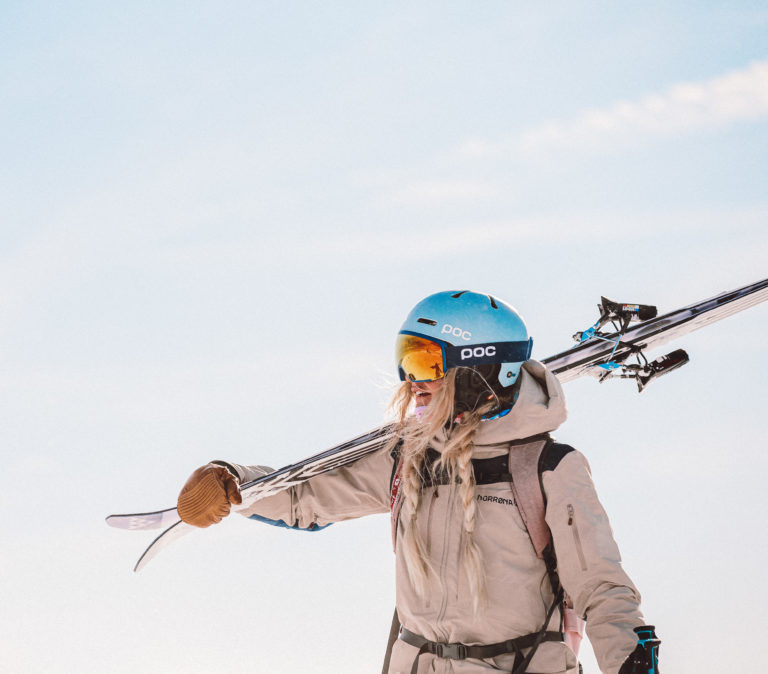