Name: Åsa Bern
Job Title: Repair responsible at the Norrøna Flagship store in Stockholm, Sweden.
Favorite outdoor activity: I love skiing, but I would have to say gardening.
Working with Norrøna for how long? One year in October. 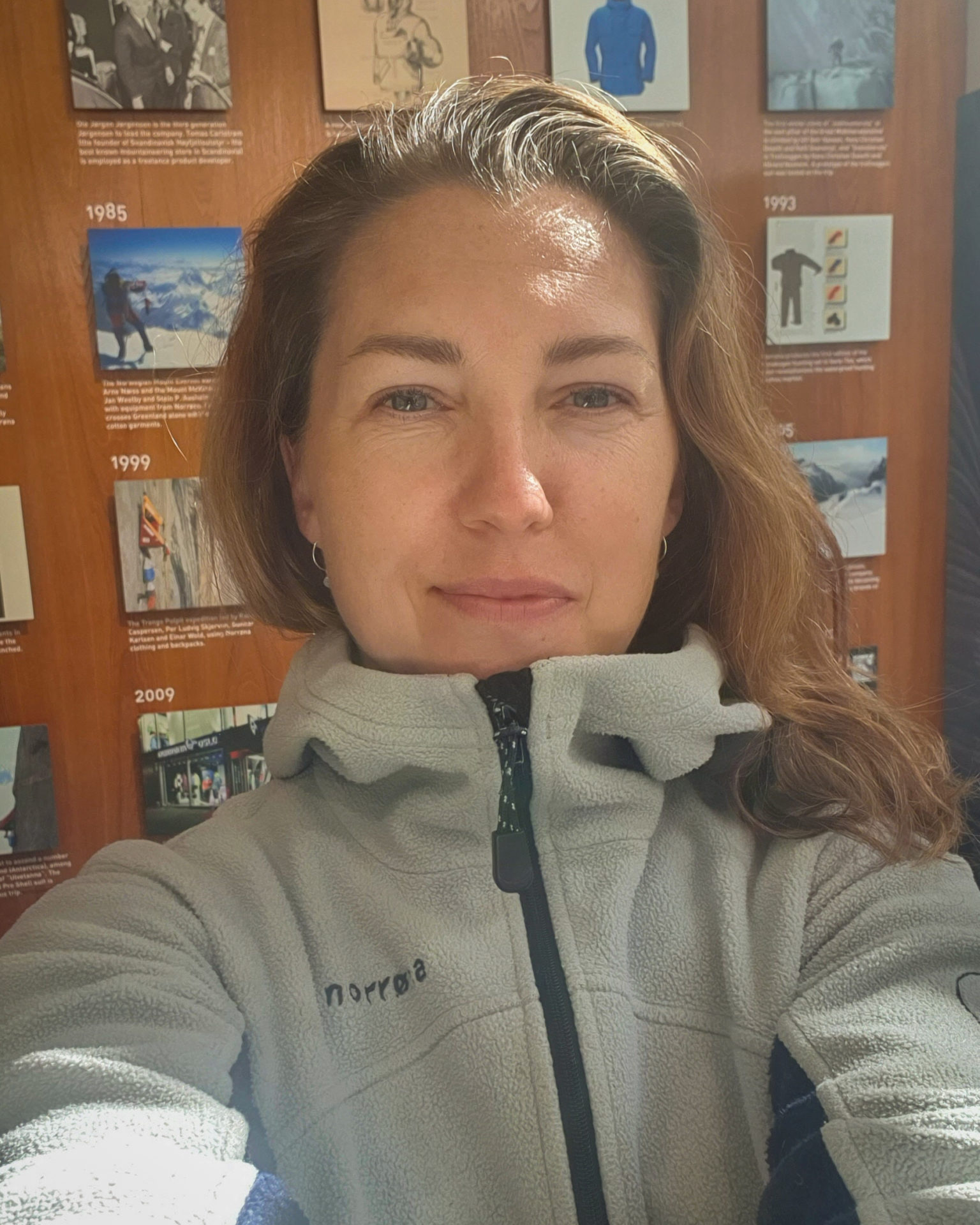 So Åse, when did you first hear of Norrøna?

I used to live in Hemsedal, Norway for five years and I discovered Norrøna then. I still remember the first time I heard of the brand. I was given this Norrøna fleece hoodie as a gift and it quickly became the item I wore the most. I lived in this fleece. It’s still my favorite even after 18 years. Because of this hoodie, I’ve had this brand on my mind.

So, would you say an old fleece led you to this job?

Oh yes! But it was also a series of great timing and luck. I was just on the internet one day looking at nothing in particular and suddenly this repair job with Norrøna came up on my feed and right then I just knew, this was the job for me!

That is luck! What’s your background?

I’m an educated pattern maker. Before Norrøna, I used to work at Fjellreven, and before that, I worked a lot of seamstress jobs. I worked with curtains, clothes, everything.  I also worked at a shop in the old town in Stockholm that made things out of sheepskin. Hats, scarfs, pillows, furniture…you name it!

“I think that if I had to describe it to a customer, it would feel like you were walking into someone’s living room. It’s very friendly and has a very open atmosphere. The working relationship between us colleagues is also very fun and easy. I think this is noticeable for the customers and they feel included right away.”

That sounds like an awesome work environment. But let’s get down to the real work. What would you say you repair the most of?

Oh easy. Zippers and tears, or seam breakage if I am going to be technical.

Do you have a favorite type of repair?

This is difficult to answer. It’s something I do everyday and it can be a lot of the same type of repairs, but I really enjoy it. In the beginning, I worked a lot with Sissel and was sending her chats everyday. Now, I feel like I can make more decisions on my own.

Do you have any cool stories behind the products you have repaired?

Sometimes when you get the garment, you really really want to see how it happened. I had a backpack come in just last week. At the bottom of the backpack, the fabric was so thin it was almost see through. It just tore when you touched it. I had to find out why so I called the customer to ask. He explained that the pack had been in storage and admitted that it hadn’t been cleaned out and wasn’t completely dry when it was stored which made it moldy. The mold had eaten the fabric away!

Not all damage is done outdoors. 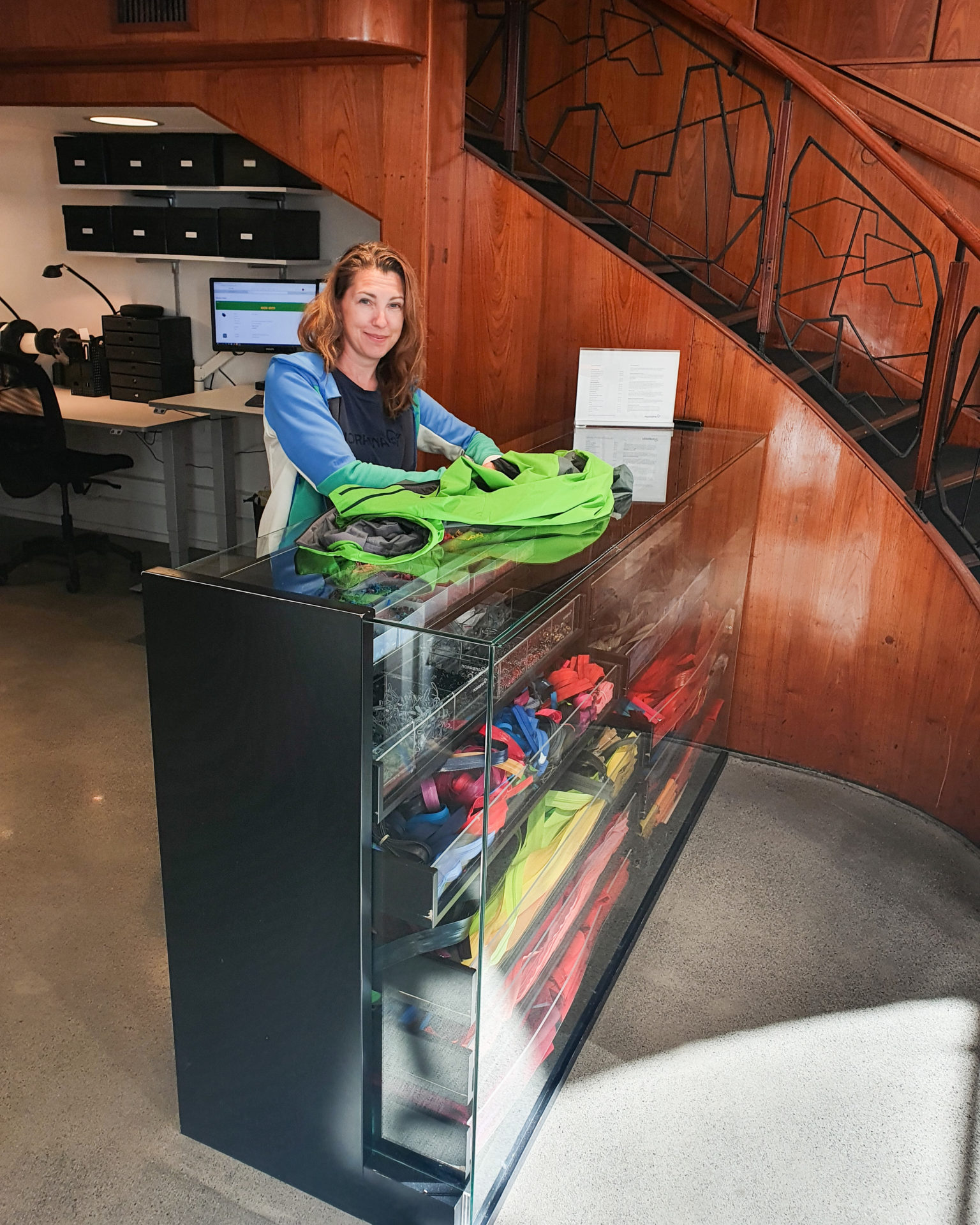 How often are you unable to fix an item?

Almost everything is repairable. It’s very rare when I can’t fix something. But I do have to say, when I can’t help, I always contact the customer. They deserve that and should be given more details as to why a repair couldn’t happen.

Are customers normally surprised to find out we have a repair service?

In the Flagship store in Stockholm, I sit a bit on the side, so the customers almost always go to the front desk. Some customers are surprised. Though all of them are very happy.

Next time you visit, just look to your side and I am here!

You can find Åse at the repair center in the Norrøna Flagship store 5 days a week, Monday through Friday. She is responsible for repairs from Sweden, Denmark, Finland and Iceland. Though she is never too busy to help out and hear your story.

This article is part of our repair stories where we had the chance to meet our amazing employees and hear their stories. If you want to meet them all, click here.

Why a sustainable future can’t happen without you