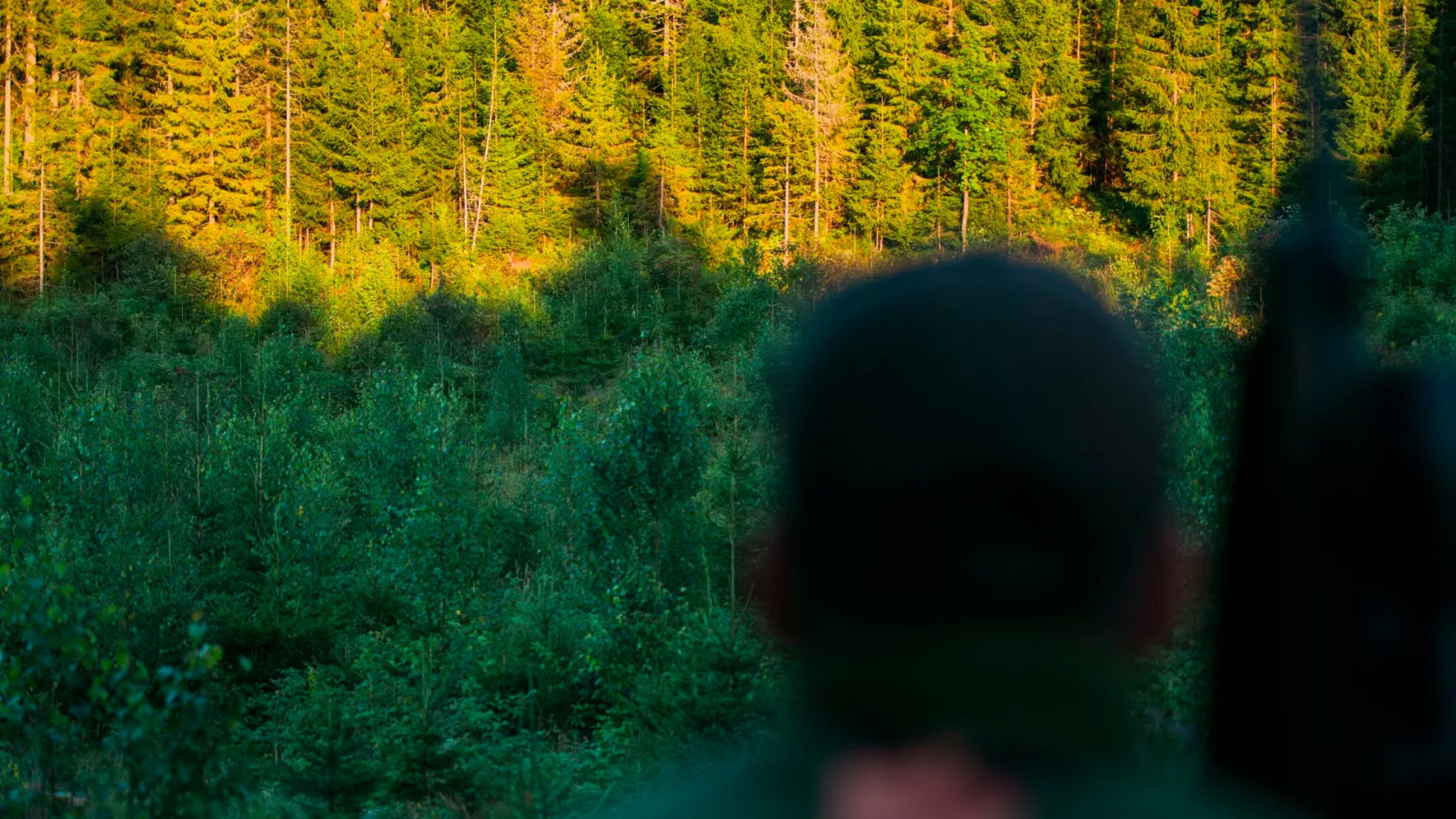 It is finally here. The date above all others. The expectations are high – not only to the day itself but also to the four months ahead filled with fun and excitement. 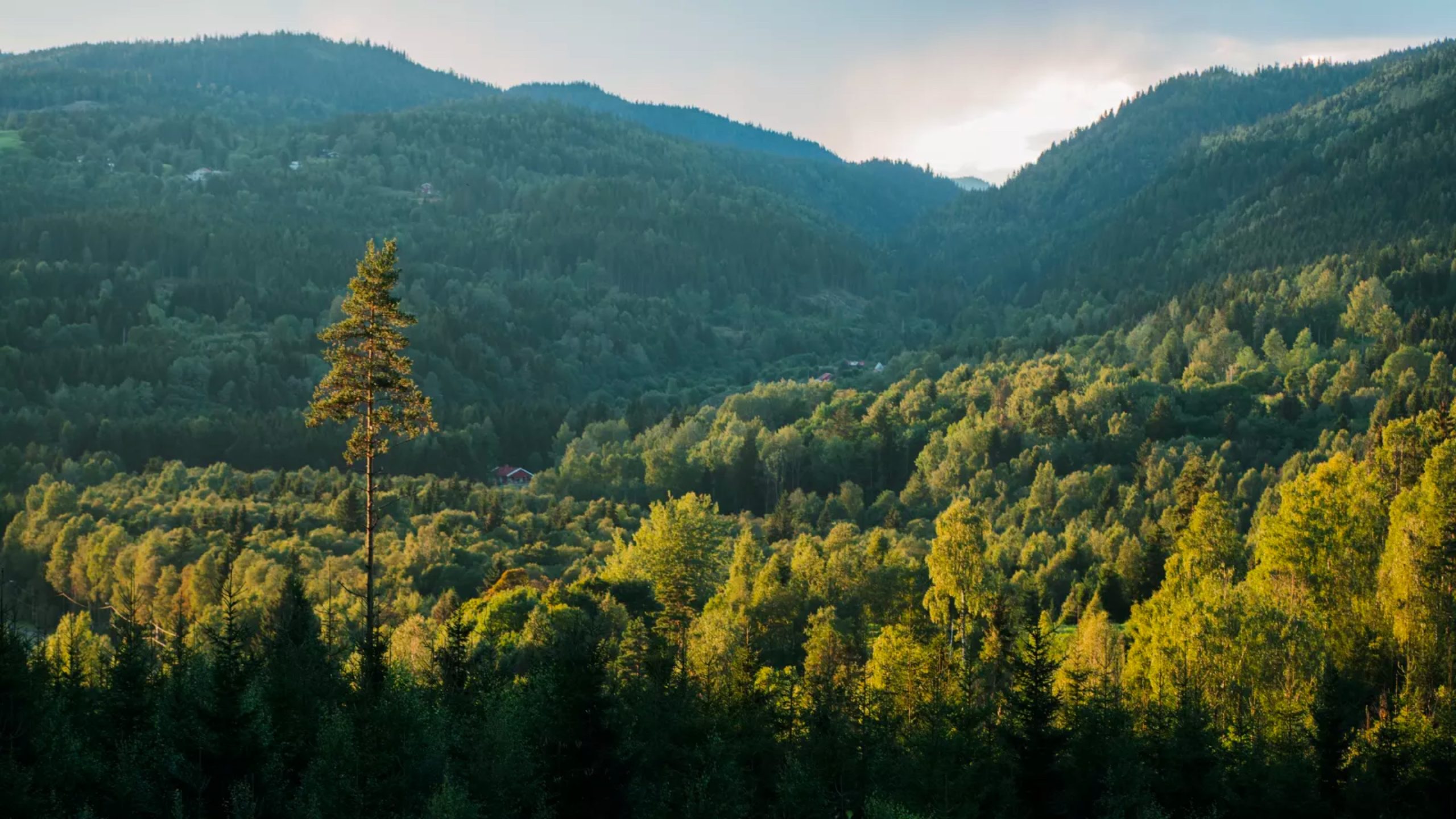 There is a unique smell that starts spreading and it is sneaking ductile into the subconsciousness and letting the excitement spread throughout the body.

Admittedly this time it looked pretty dark in terms of catching the first morning hours as splashing rain and strong winds were predicted through the night and well into the morning hours. Unfortunately, the meteorologists were spot on for once. Crestfallen I had to pack my bag for work instead of my gun; a light drizzle is one thing but horizontal showers have proven to be synonymous with zero animals.

At work, my level of concentration was next to nothing and when the sun finally broke through around two in the afternoon I had to call a spade for a spade – or a hunting addict for a hunting addict – throw my hunting gear on and get out there. I could almost smell the bucks that were eager to dry up their fur.

At least that’s what my guts and mind said as I benched down in a big open field shortly afterward. And luckily my guts were quite on point. About four minutes after I got settled, not even putting my lure into action, a four tagged roe buck came walking out of the woods within a hundred meters’ distance. We’re definitely not talking about the catch of the year, but when the freezer is empty and the hunting premiere is on, a buck is a buck for me. Selectivity is a subject for round two. Seconds later the animal bows under for a well-placed 243.win bullet. The premiere was officially a fact. 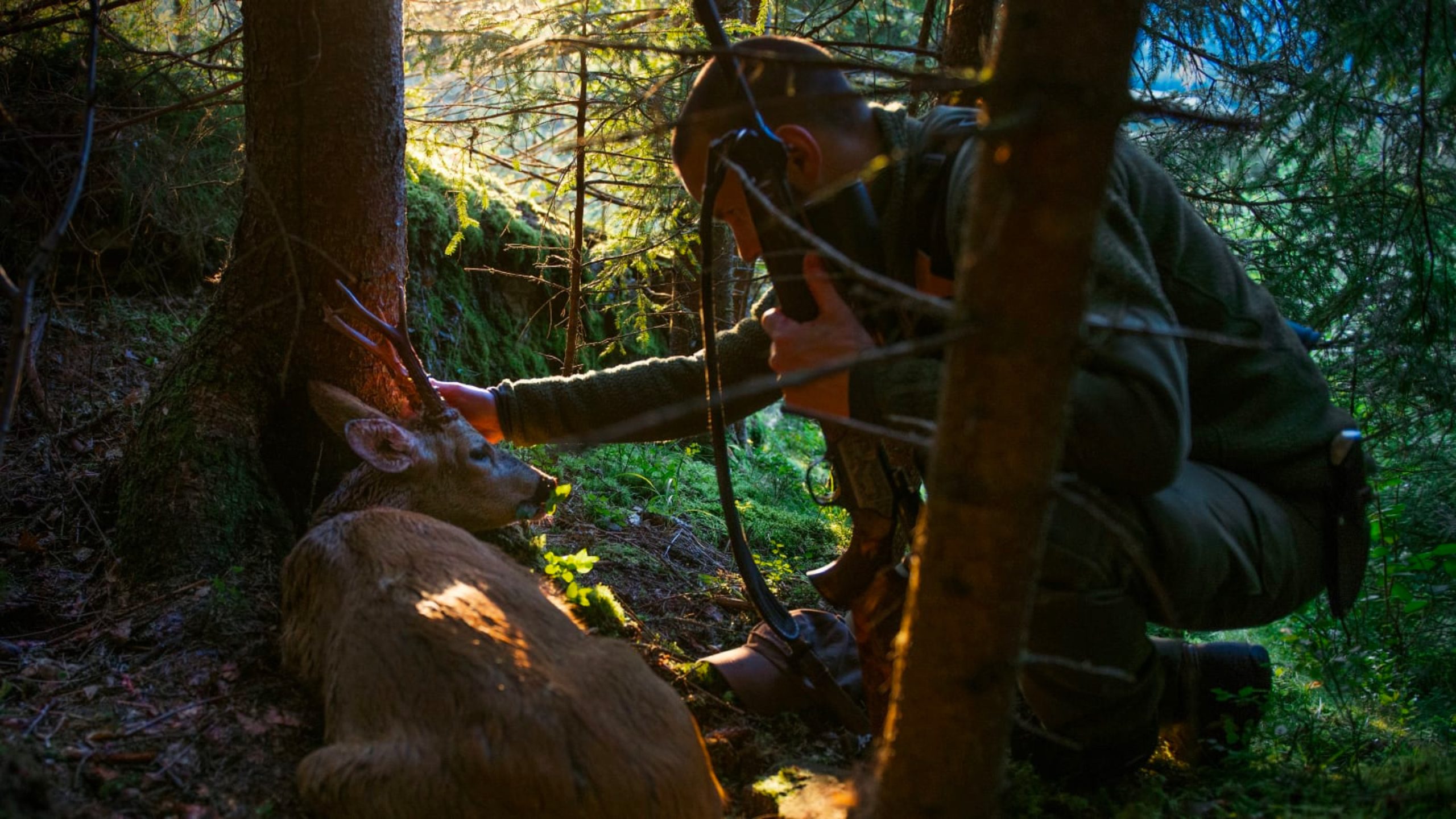 The wind direction was good and despite the fact that we were two, we managed to have quite a quiet propulsion. And as it often is when things go well, the luck takes a classic 180 and decides to work against you. Ten short seconds after I realized that this was going a little too well and we were moving a little too fast, a buck stood right in front of us. The fella was in total control. Damn!

The five seconds (which strictly speaking felt like fifty) of staring, of course, ended with a turn and well-known buck bark. But as we were about to get going, a mother and two kids showed up behind us. We snatched up the lure in hopes of tricking our buddy back. The scent for ladies and rivals is – after all – pretty applicable across most species. Unfortunately, the gap between the desired effect and actual effect was way too big, and instead of a returning buddy, the goat decided to park her babies and ran in the same direction as the buck had set off earlier. A downer for us but a potentially pleasant evening for our four-legged friend. However, the wind was still good and we decided to follow the two.

Carefully we exited the forest and the binoculars were used diligently. We searched all over the terrain – and there! There they were. At the opposite end of the harvesting, right in the edge of the forest, they were heading further into the woods. Once again we snatched up the lure and this time we had better luck; the female turned around and started walking towards us. The buck however kept his safe spot. 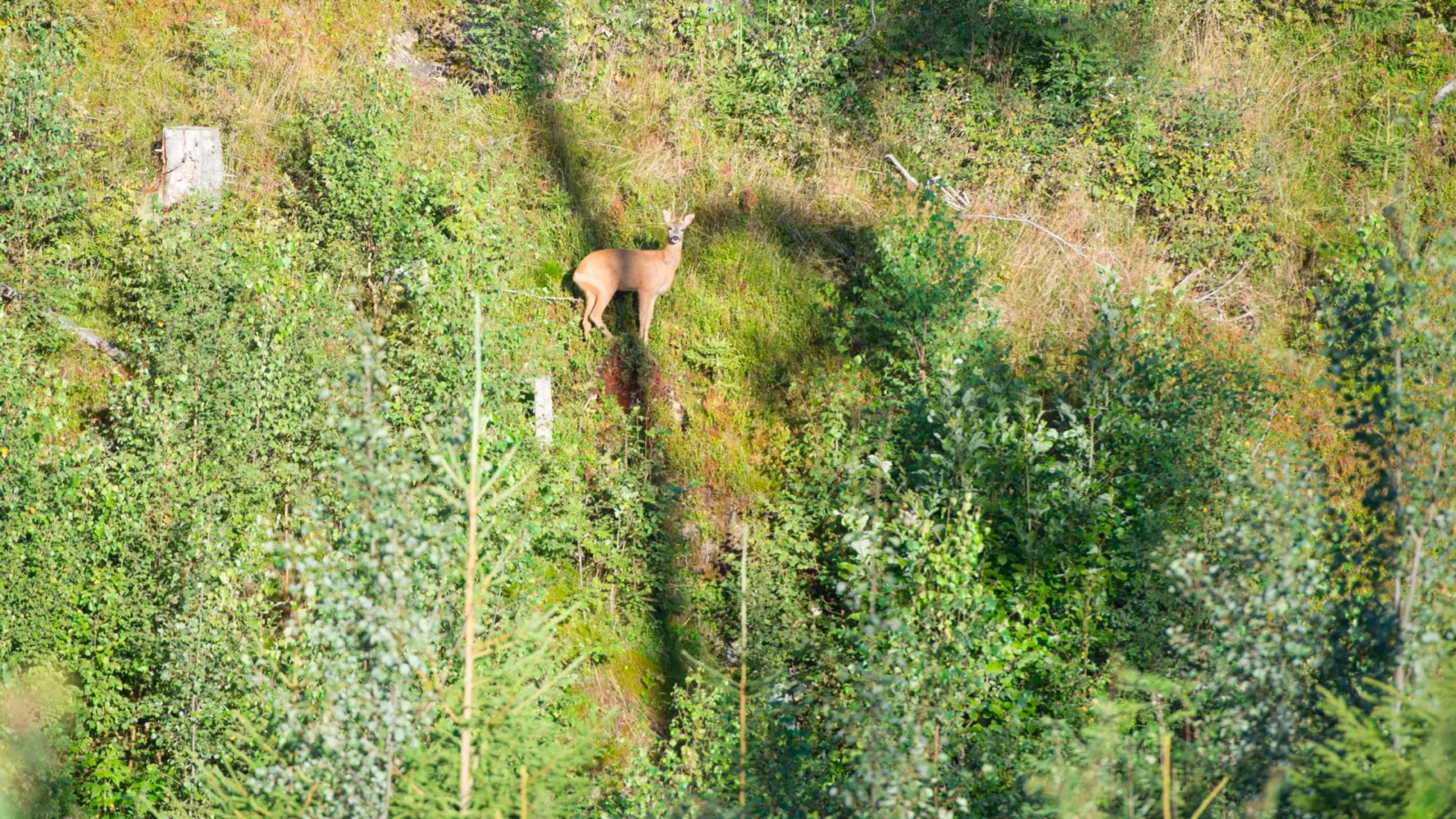 We gave the lure several attempts but the effect was limited. Then, the buck suddenly started moving. It did not come out but now at least the body was in clear shooting range. Given the events leading up to this, I had a feeling that this was the best chance we were going to get this evening. A new bang from the .243. The shot felt good but a lot of trees made it difficult to keep track of what happened in the woods afterward.

We gave it some time and moved slowly towards the area where we last saw him. We looked around for a few minutes and found the him about 20 meters into the woods – as far as he could get without oxygen. Roe number two was a nice forest buck with six classic tags. 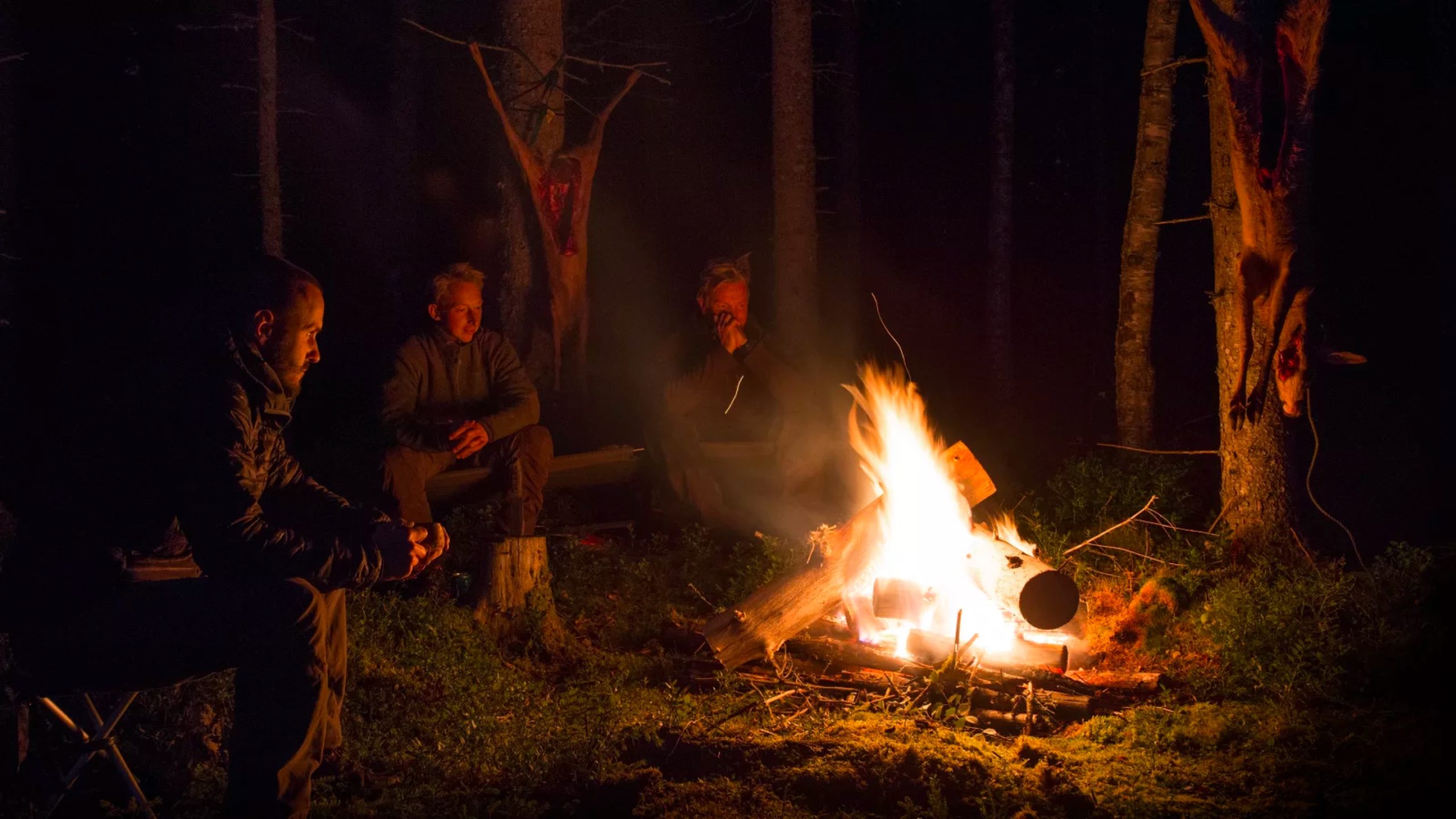 Chris made sure he got some good shots before we made our way back to camp. The rest of the guys were already there and had started to build up a nice camp with a warming bonfire. Rumors of cold beer led to good cruising speed.

We raise our cans for a successful buck premiere and bench around the bonfire with a pleasant peace and growing excitement for the coming reindeer hunting, buck hunting, bird hunting, moose and deer hunting. And while the fire crackles, the beers are emptied and darkness wraps around us, we all agree that there are few things in the world that beat this. 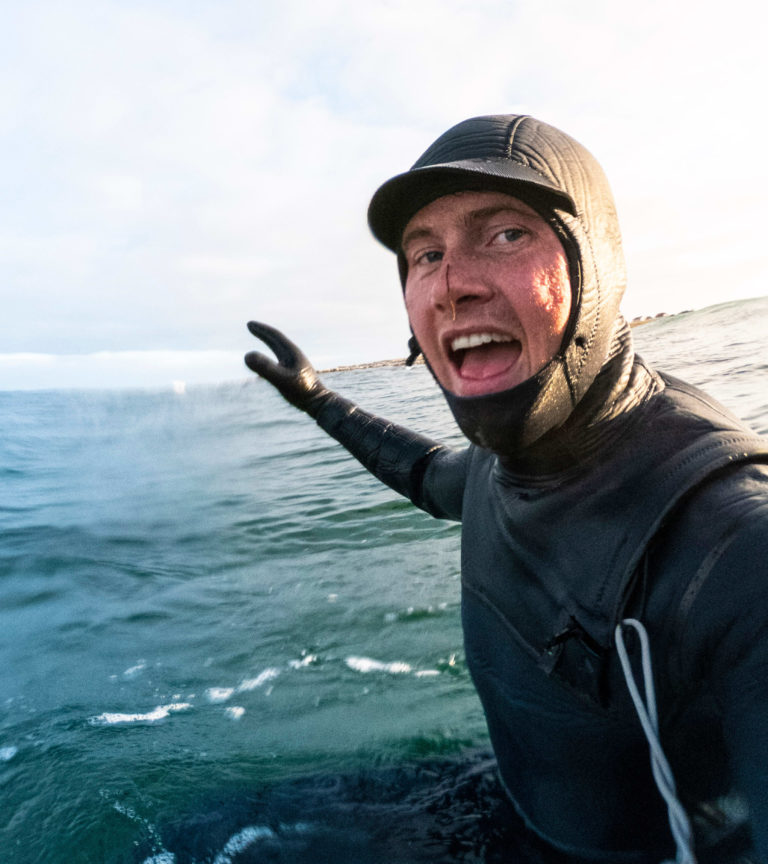 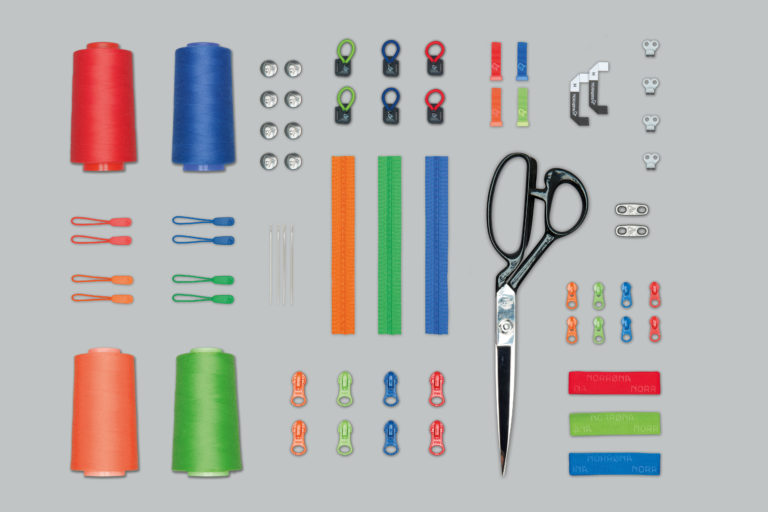