The History of Lyngen

Imagine a mountain massif that rises from the sea. Welcome to Lyngen.

Henrik H. Svensen, senior geological researcher and Norwegian writer, tells you everything you didn’t know about the Lyngen Alps.

Imagine a mountain massif that rises from the sea, where the landscape is alpine, where the sharp, black peaks are surrounded by the great white of winter. A mountain with a 480-million-year long history is under your feet and you are ready to go; ready to investigate why one of the world’s most spectacular landscapes is located precisely here. Where are you? Norway’s Lyngen Alps of course. Come along on a virtual tour of this Arctic alpine gem.

The trip follows a country road south from the Arctic city of Tromsø : First to the inlet Balsfjord and then through Lavangsdalen valley where the mountains are dark and fairly crumbled. We hurry onward, toward Lyngen and, to the southeast, a large mountain looming into view. It’s Store Russetinden (Elevation 1 405 meters). This mountain becomes more and more impressive as we draw closer, and seems almost impossibly steep as it plunges down to the hamlet of Nordkjosbotn. The mountain is made of a hard black rock called gabbro and, from a geological perspective, the Lyngen Alps start here in the area around Russetinden. All of the majestic mountains in the Lyngen Alps are chiseled from this gabbro. The rock lies like a dark, 15-kilometer wide belt that stretches from Lyngstuva peak in the north into the depths of the ocean where it vanishes. 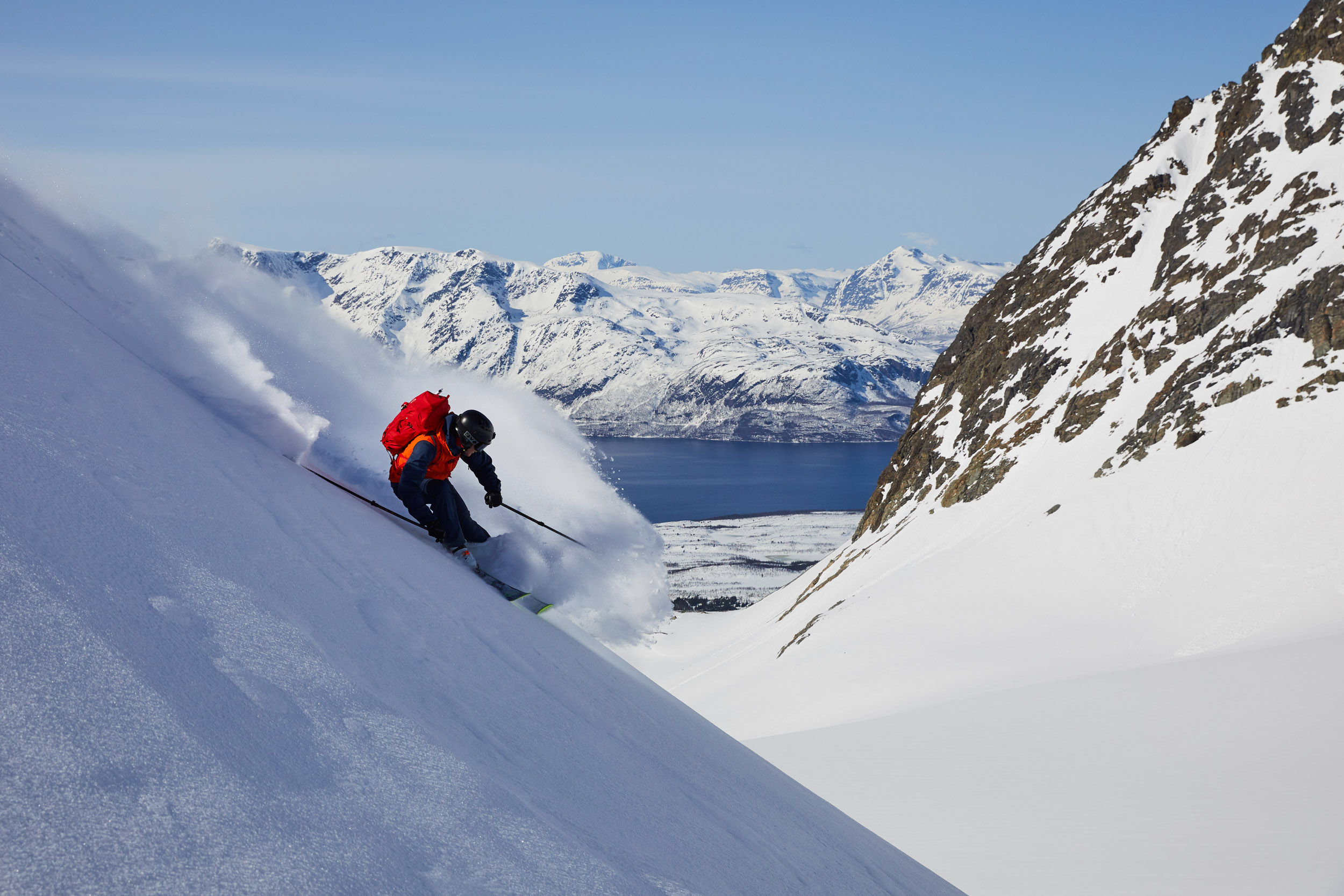 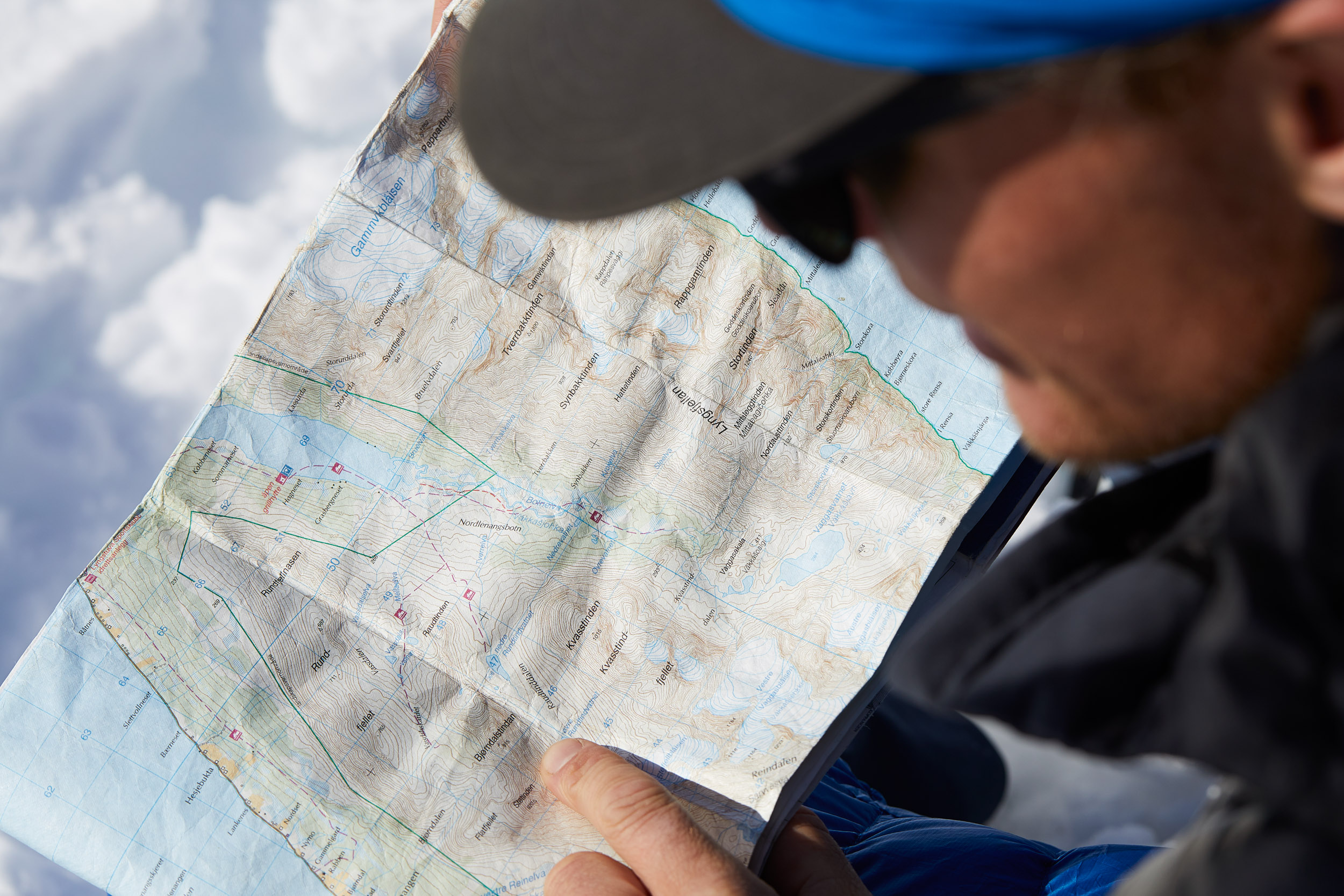 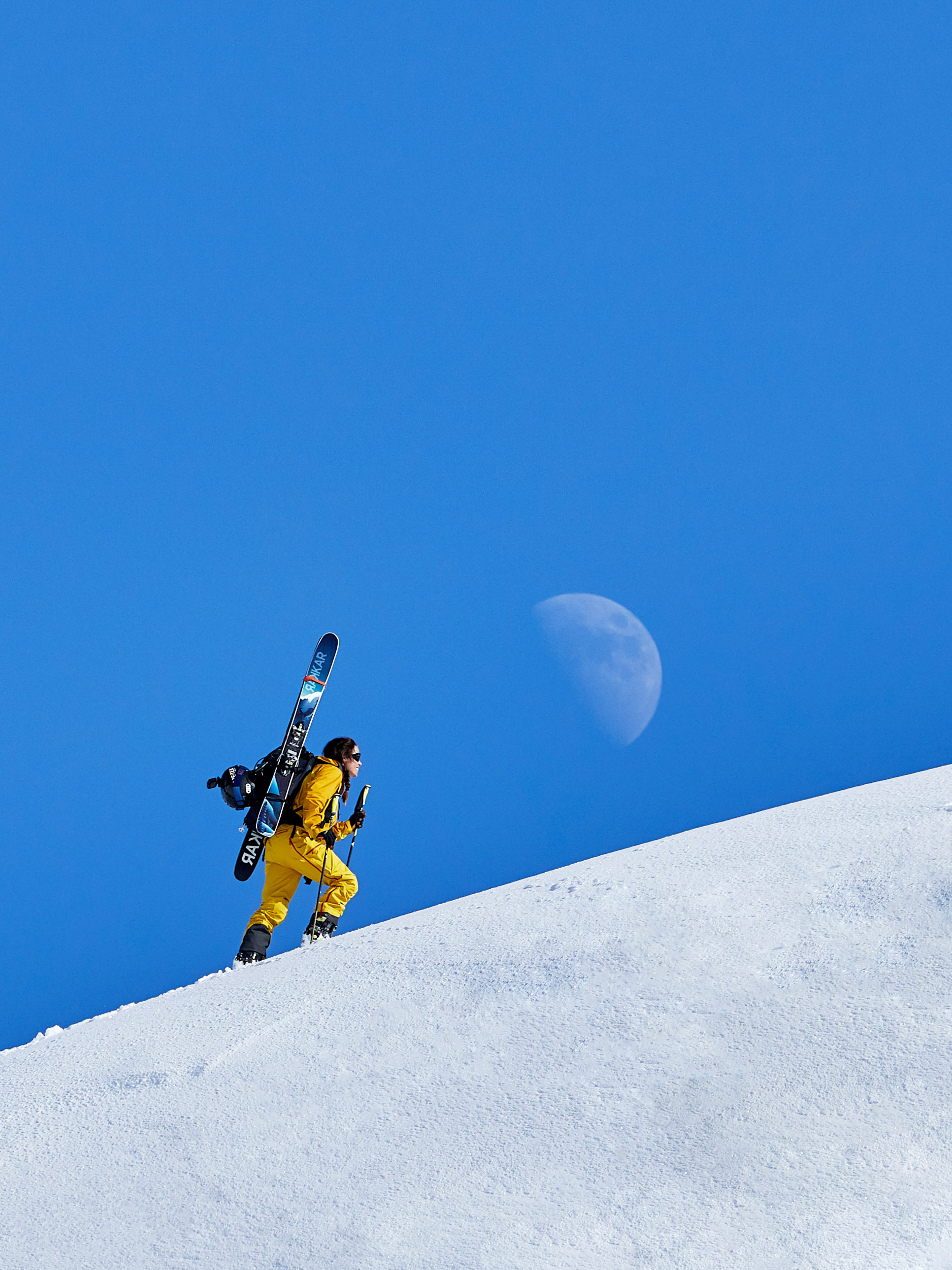 "There was dense cloud cover, but he caught glimpses of the Lyngen Alps off in the distance and described them as “an infinity of wild mountain shapes and peaks.” Did he ever climb up those high mountains or was he content just to examine them from the surrounding lowlands?"

It has taken a long time to expose the geological secrets of the Lyngen Alps. In the 1860s, Tromsø geologist Karl Pettersen (1829-1890) became one of the first to investigate the mountain areas around Lyngen. On one of his treks in an area west of Lyngen, he went up the mountain Haldi (Beahcegealháldi in Sami). There was dense cloud cover, but he caught glimpses of the Lyngen Alps off in the distance and described them as “an infinity of wild mountain shapes and peaks.” Did he ever climb up those high mountains or was he content just to examine them from the surrounding lowlands?

His comments on the Lyngen Alps geology lack descriptions of any climbs to summits and the  resulting staggering views from the top of Norway but, on the other hand, it was not common at the time for researchers to write about their mountain treks.

What we know for sure is that the most attractive mountain tops, such as Istinden and Jiehkkevárri, were conquered by English climbers such as William Cecil Slingsby and Geoffrey Hastings. Slingsby was highly impressed by Jiehkkevárri because he described it as the Nordic region’s answer to Mt. Blanc. Just the same, it took longer, several decades before the peak seekers found their way to the Lyngen Alps compared to the pace of such conquests in southern Norway. Researchers and geologists came first, followed by the first ascent teams, then other climbers and tourists. The situation was the same throughout Europe. Mountains and mountain ranges underwent a cultural transformation in the 1800s. Remote mountain ranges went from being uninteresting but slightly scary examples of the harsh wilderness to a powerful magnet for all those who lust for adventure.

From Russetinden we head north, passing  Perstinden’s peak before we see another peak,  Piggtinden, off to the left. This 1505 meter high fang of rock is an impressive sight and it was this mountain that drew Tromsø native Peter Wessel Zapffe to climbing. The mountain was first climbed by Henning B. Tønsberg and Carl W. Rubenson in the summer of 1920 so Zapffe’s real dream may have been a first winter ascent. But getting up there seemed like an impossible and insane project.

To prepare himself, Zapffe learned the art of climbing on the Kolsåstoppen crag in Bærum, on the outskirts of Oslo. Zapffe and a couple friends attempted a first winter ascent of Piggtinden in 1922. That ended up with the three sliding at high speed down the crusty snow of the mountainside. The next winter’s attempt was no better, but during the summer of 1923, Zapffe finally reached the summit. It wasn’t until 1971 that this peak of gabbro was climbed during the winter.

Zapffe was fascinated by the shapes of the Lyngen Alps and the challenge of climbing them. But he also pondered how the landscape and the mountains had been formed. In the poem “Lyngenfjeld” (Lyngen Mountain) we gain insight into Zapffe’s mountain universe, in which the relationship between the mountain and biological fauna is one of constant battles. The mountains win, but the question is how long they can withstand the onslaught:

"It happens sometimes, that cliffs rise up Young and straight in naked magnificence And shake off life’s debris, reaching up in bright and timeless indifference "

The details of the mountains’ makeup and history were left to others because Zapffe knew little of rocks: “I have often regretted that I am not a mineralogist. For me, there are just more or less random examples of the family of gray and boring rocks”.

The question was, who in Norway knew much at all about the Lyngen Alps’ rocks n the 1930s and 40s?

The Lyngen Alps were a geological no-man’s-land for several generations after Pettersen’s early investigations, so there was little information available for Zapffe to delve in to. Norway was poorly studied, there were few geologists and the inaccessible mountains of northern Norway were not a priority. So the bedrock of Arctic Norway remained terra incognito. The situation changed after World War II, when the British showed an intense interest in northern Norway. Several universities in England launched expeditions to Norway, which says a lot about how remote and desolate the area was considered (and in fact was). Today, geologists do field work in northern Norway, rather than go on expeditions. In the 1980s, several Norwegian geology researchers made treks up in the mountains with a new theory in their backpacks about how the earth’s crust is divided into moving plates that collide and slide apart. The structure of the Lyngen Alps immediately became easier to understand.

I bet you hadn’t heard much about gabbro before you read this article. The name has a strange, sort of exotic ring to it, almost like Greta Gabbro, to share a little geologist’s joke. There is an amazingly large quantity of gabbro in the Lyngen Alps and it doesn’t belong there. It is a plate tectonic immigrant.

Gabbro is the most important rock of the ocean floor and is formed when molten masses rise up from the mantle and harden under the ocean floor.  And to make a 480 million year story short, it was the collision between continents that pushed the oceanic crust into the Caledonian mountain range, perhaps the mightiest mountain range of all time. The mountains may have been eight to ten kilometers tall and stretched all the way from the Arctic island of Svalbard through Norway and on to Scotland. These Caledonian mountains were eventually worn down and the big mountains disappeared about 300 million years ago. However, a large swath of gabbro, Norway’s biggest, was left lying in the Lyngen Alps.

Among unanswered questions of geology today are why the mountains in Norway are so tall and how old they are. The bedrock itself is old, but the landscape is younger. Can you see a landscape’s age? Well, let’s head north to the Lyngen Alps’ tallest mountain, Jiehkkevárri (Elevation 1 834 meters), where we are nearly blinded by the beauty of glacial troughs, steep slopes and valleys. This is where you catch sight of the old terrain that existed before the mountains rose up at some point during the past 50 million years. You can see the old landscape on the areas that are level, almost like plains, at the roof of the Lyngen Alps. No one knows exactly when this terrain was pushed upwards, but the landscape rose like a bobber on water, more than two kilometers straight up, where it was attacked by weather, water and ice.

The Lyngen Alps, as we know them today, were the result of 40 ice ages over the past 2.6 million years, which all did their part to turn the gabbro and the ancient plains into gravel. That makes climate change a key in understanding the Lyngen Alps’ topography, indeed in understanding all of Norway’s mountains. And when the ice melted about 11 000 years ago, the Lyngen Alps rose another 50-60 meters.

We are passing endless mountains and glaciers, fjord arms, and steep slopes. Down along the fjord, we see the few buildings found here. The lowlands seem inconsequential from up here. But the greatest mystery is not here on the peaks of the Lyngen Alps, but rather on the boundary between the mountains and the lowlands, where the mountains extend deep into the fjord. The mountains are unstable here and, several times, huge rockslides have thundered down to the fjord. In 1810, they set off three large tsunamis that killed 14 people. The steep slopes reaching down into the waters of the fjord to the east and west are the result of two key factors : Major geological faults and earthquake zones. Those also cause landslides. The faults are still active and the upward movement is greatest where those faults are found. Satellite measurements suggest that the Lyngen Alps are rising up from the sea at a rate of four or five millimeters per year. But why? It’s still uncertain. The Lyngen Alps guard their secrets very closely.

Amid all this, in the isostatic uplift and faults, glaciers and cliffs, we set aside geology, forget the gabbros and find a suitable line down the mountain, toward the valley. Our skis glide through loose powder as we become filled with excitement and an intense feeling of joy. May the experience endure forever, just like the Lyngen Alps themselves.

Fun fact:  We launched our first lyngen products in 2019.

6 thoughts on “The History of Lyngen”