Read the inspiring story of Johanna Stålnacke and how she forged her successful career in a male-dominated space to inspire a future generation of young women and redefine what it means to be a ski guide.

This story originally appeared in FREESKIER Volume 24, Issue 03. To read the full article or more of the best storytelling in skiing, click here to subscribe to FREESKIER.
Pictures by Kent Malm 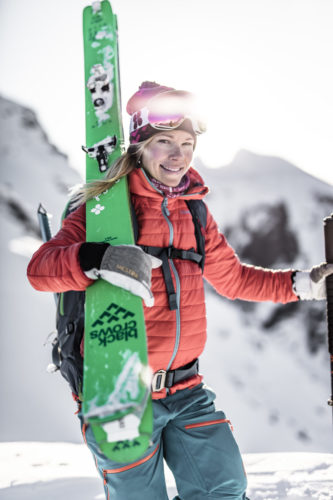 Age: 37
Home: Chamonix, FRA
Current Outfitter: Alpine Passion
Biggest mentors: Late Swedish extreme skier Andreas Fransson; Swiss mountaineer Hermann Biner; mental performance coach Carina Vinberg
Breakthrough moment: “When I got invited to participate in the UIAGM guide program in 2015, a team manager from my former sponsor, Haglöfs, posted on my Facebook page:‘Congrats, I think you will expand the mission of mountain guiding.’ I realized he meant I will change people’s perception of who can be a mountain guide.”
Advice: “We need to learn to celebrate, not question, our uniqueness. I feel more certain than ever that, as a woman, I have something to give my clients that might be different.”

Johanna Stålnacke is used to people doubting her. A pretty, blue-eyed, blonde-haired Swede, petite but powerful, she defies the bearded, gruff mountain guide stereotype. “I don’t look the part,” she says. “It’s been a hell of a journey to position myself in the mountain community.” Born in northern Sweden, Stålnacke was on skis by age three. Ski racing, gymnastics and sport climbing dominated her youth. A Nordic champion in bouldering and Swedish junior champion in sport climbing, it didn’t take long for her to gravitate to high alpine terrain first for climbing and soon after ski mountaineering. By her early 20s, she knew she wanted the mountains to be more than a hobby. She moved to Norway and finessed her leadership skills training the British Royal Marines elite mountain unit to ski. “People were always surprised when they met me,” she says. “After 10 minutes skiing with me I’d have their respect,” she says

When she wasn’t working, she was charging hard in big mountain terrain, making headlines by bagging first descents like the Lambda couloir in Tromsø, Norway. Her love of steep skiing eventually led her to move to Chamonix, where fellow Swede and extreme skier Andreas Fransson took her under his wing. “I remember looking up at this classic run, Pas de Chevre, from town and telling Andreas I would really like to ski it,” she recalls. “And he laughed and said, ‘you’re going to ski it and when you do you won’t even think it’s a big run.’ He saw my motivation and potential much sooner than I did.”

Fransson was one of the few who encouraged her. Others, mostly men, thought her style was too aggressive. “When a woman is doing things on a high level that involve risk it’s a contrast for the general audience,” she says. “It’s easier for them to question if this is safe and responsible than to say go for it. It comes down to exposing their insecurities. As a woman, you’re a threat.”

“When a woman is doing things on a high level that involve risk it’s a contrast for the general audience,” she says. “It’s easier for them to question if this is safe and responsible than to say go for it. It comes down to exposing their insecurities. As a woman, you’re a threat.” 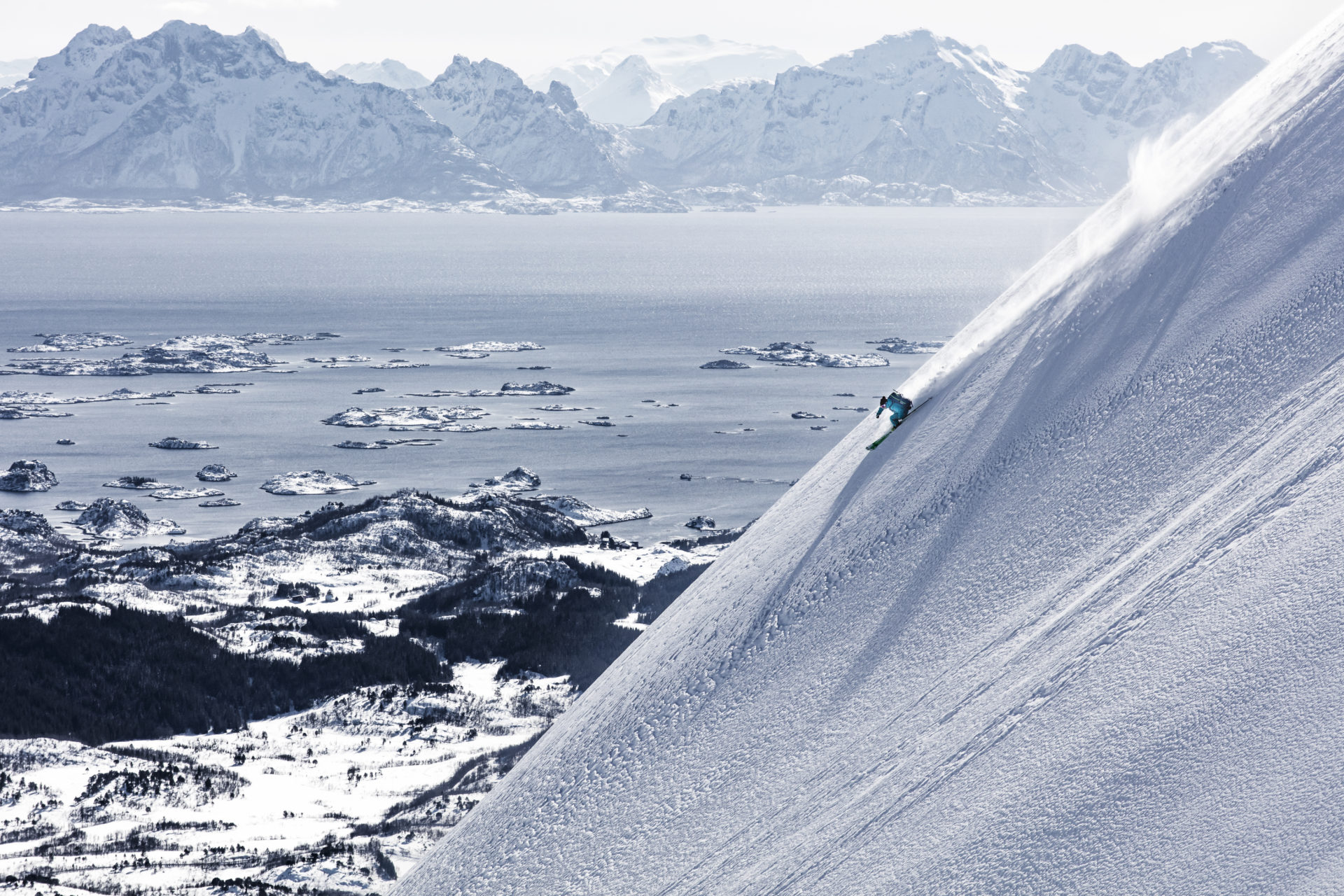 When images of Stålnacke’s monster descents got featured in ski magazines, she should have been stoked. Instead, she faced backlash from traditionalists in the Scandinavian guiding community and was told to tone down her media coverage. Janteloven, an unspoken cultural norm in Scandi culture, discourages individual success or fame. As a result, Norway’s mountain community is much more conservative than anywhere else in Europe, she explains.

By 2015, Stålnacke had started her UIAGM mountain guide scheme in Norway. Men in the Norwegian guide community felt her freeskiing was at odds with her goal of becoming a guide. “I was told I wasn’t behaving like a mountain guide,” she says. “I would never take a client down a 55-degree face. But it’s my right as an athlete to pursue big objectives. It doesn’t mean I’m a bad guide.” In her final two years of the program, NORTIND, theNorwegian representative of the International Federation of Mountain Guides Associations, held meetings to discuss her relationship to risk. A report cited concern that she’d bring the culture of Chamonix to Norway. “I think I was provoking older people in the organization by skiing a lot better than them,” she says in hindsight.

In 2019, Stålnacke received her hard earned IFMGA badge—the only internationally recognized credential that allows guides to work in any country worldwide. “Surely, my most meaningful gold medal and life achievement,” she posted on Facebook. The accomplishment allowed her to finally relax after years of pressure trying to prove herself. She doesn’t know if she could have completed the journey if she hadn’t started working with a mental performance coach in 2013, the year she failed her first IFMGA entry exam. “Our minds can help or destroy us,” she says. “Getting strong in my mind took my skiing to the next level and made me believe I would be a IFMGA guide.”